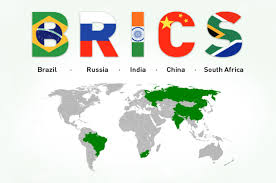 As he launches the African Regional Centre of the New Development Bank (NDB) in Sandton on Thursday, nearly 18 months behind schedule, Jacob Zuma must have mixed feelings. Strife-riven Brazil, Russia, India and China are more risky allies than Zuma reckoned when in 2010 he accepted Beijing’s invitation to join the club.

“I was poisoned and almost died just because South Africa joined Brics under my leadership,” Zuma told rural ANC supporters in his native KwaZulu-Natal on Sunday. He offered no proof for the startling claim.

Recall the 2001 rationale offered by Goldman Sachs chief economist Jim O’Neill: “It seems quite clear that the current G7 needs to be upgraded and room made for the Brics in order to allow more effective global policymaking.” Last year, just after Goldman Sachs had closed its main Bric investment fund, O’Neill asked, “How on earth can South Africa be economically in the same class?” However, he conceded, “Politically, it is very important that South Africa is part of Brics.”

That’s the opposite impression that Zuma is communicating about Western multinational corporations and governments. According to Zuma’s complaint to another ANC audience last November, Westerners “want to dismantle this Brics. We have had seven votes of no confidence in South Africa. In Brazil, the president was removed.”

Such paranoia is regularly expressed in ANC circuits, including during a SAfm radio debate last week with National Union of Mineworkers deputy president Joseph Montisetsi. He remarked quite justifiably on multinational mining houses’ exploitation of workers, their illicit financial flows (capital flight) and their lack of reinvestment.

But then Montisetsi claimed these firms aim “to stop the South African community because of their choice of politics. These things are done everywhere, especially in Brics countries — those countries that want an alternative kind of government which will have a kind of a bank which is contrary to World Bank and International Monetary Fund (IMF)”. In reality, the NDB has a strong relationship with the World Bank, cemented by last September’s Memo of Understanding. The NDB’s 2017-21 Strategy document commits “to undertake joint projects and knowledge exchanges with the World Bank … to make the most of their decades of experience.”

The Brics’ $100-billion Contingent Reserve Arrangement strengthens the IMF by insisting that once a borrower takes 30% of its quota (e.g. $3-billion for South Africa), then before it can access the next 70% it must get an IMF structural adjustment programme. South Africa’s foreign debt exceeds $143-billion — nearly 50% of GDP, a modern local record — and has left various commentators either advocating or opposing IMF lending and advice in recent days. Aren’t the Brics making the IMF fairer? Four gained voting power increases in last year’s restructuring — China (up 37%), Brazil (23%), India (11%) and Russia (8%) — but only as a result of eight African countries (including South Africa and Nigeria) losing between 21 to 41% of their IMF votes.Though the NDB African Regional Centre’s new director general has not yet been announced, the job is a hot potato. It was the fig-leaf excuse Zuma gave in December 2015 for firing finance minister Nhlanhla Nene, who spurned the supposed offer. Until last week, the main local director serving the NDB was the Tito Mboweni of Goldman Sachs, but then, in his own words, he was “Fired, you might say!!” (Instead of a customary roll-over, he was replaced by treasury director general — and former World Bank board member —Dondo Mogajane.)

The NDB lends Eskom funds for renewable energy transmission connections to privatised solar and wind projects. Yet neither of the former Eskom leaders who negotiated the loans —Brian Molefe and Matshela Koko — desired renewable energy, favouring nuclear instead.

“Energy experts in South Africa believe the NDB is not happy with Eskom because it has earmarked a large chunk of the $180-million loan for projects not related to renewable energy,” reported Peter Fabricius of the Institute for Security Studies recently. “The highly controversial Molefe’s indifference to renewable energy suggested to many that he had already signed up to Zuma’s dubious nuclear project” — whose cost is estimated at $100-billion — leaving “great suspicion that Zuma has already promised the construction contract to Russian President Vladimir Putin.”Can South Africa afford NDB credits? The real interest rate on the dollar-denominated loans depends upon currency devaluation:

South Africa’s crashed from R6.3/$ in 2011 to R13.4/$ today. As NDB chief executive KV Kamath admitted to Russia Today last month, “The effective costs of borrowing in hard currencies, for any of us developing countries, appears low. It appears to be 2 to 2.5%. But when you add the exchange loss, the weakening of the currency over time, you end up paying 12, 13, 14%. So that’s your true cost.”Kamath then committed to future lending in Chinese renminbi, Indian rupees, Brazilian reals, and Russian rubles — notably neglecting South African rands. Early next month, the Brics heads of state will gather in Xiamen, China for their annual summit. The main developments since the 2016 summit in Goa — when Narendra Modi notoriously failed to get China and Russia to declare Pakistan a “terrorist state” — include:

Chaos in Brics-United States relations, especially renewed warmth between Modi and Donald Trump, Putin’s alleged interference in the last US election (as has Washington countless times since 1945), and Trump’s erratic relationship with Xi Jinping based on halting North Korean nuclear weapons at a time of rising US protectionism, leaving Xi as the most enthusiastic promoter of world capitalism;
India-China border disputes – potentially war – in Bhutan and Pakistani-held Kashmir, leading Modi to boycott Xi’s huge Belt & Road summit held in May;
Brazil’s ongoing corruption scandal featuring repeated revelations of Michel Temer’s misdeeds; and

South Africa’s chaotic leadership, recent junk credit rating and formal recession.
After the bumpy ride across the Brics in 2017, South Africa will host the bloc in 2018 – unless Zuma decides health is more important than wealth.