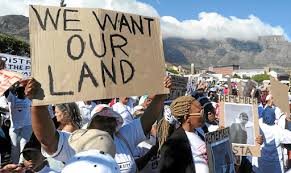 Amending Section 25 of the Constitution is officially before Parliament again after the National Assembly passed a motion on Thursday to establish an ad hoc committee to draft an amendment to allow expropriation without compensation.

In the debate on the motion, the old fault lines between parties who supported amending the Constitution and those who did not, have emerged yet again. The DA, IFP, FF Plus and ACDP opposed the motion.

ANC chief whip Pemmy Majodina brought the motion, which noted the fifth Parliament adopted a report by the constitutional review committee (CRC) recommending the Constitution should be amended so section 25 makes “explicit that which is implicit in the Constitution, with regards to expropriation of land without compensation, as a legitimate option for land reform, so as to address the historic wrongs caused by the arbitrary dispossession of land, and in so doing ensure equitable access to land and further empower the majority of South Africans to be productive participants in ownership, food security and agricultural reform programmes”.

She also noted an ad hoc committee was established for this purpose by the fifth Parliament, but it had not completed its task before Parliament was dissolved before the May general elections. The committee recommended that the matter should be concluded by the sixth Parliament.

“What this motion is, it is the greatest hoax perpetrated on the people of South Africa,” Steenhuisen said.

EFF MP Hlengiwe Mkhaliphi said an amendment to section 25 would “reflect the pain where we come from as black people”.

“It makes the settler equal to the dispossessed,” Mkhaliphi said.

She added the EFF would ensure the ANC does not introduce “artificial amendments” and that the land was returned to its “rightful owners, which is the black people”.