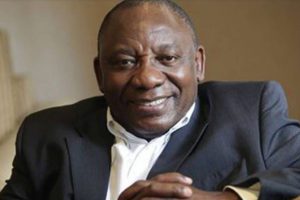 AfriForum response in reaction to President Cyril Ramaphosa’s statement that those who would like to mobilise the international community against “their own country”, should “come back home for inclusive dialogue”, is that the President should not confuse South Africa’s interests with the ANC’s policies.

According to Kallie Kriel, CEO of AfriForum, the latter organisation is currently in the USA to mobilise the international community against the ANC’s official policy of expropriation without compensation, which was accepted in December 2017 by the party, as well as to raise awareness abroad about farm murders and attacks.

“To portray AfriForum international campaign as a campaign against South Africa, is false. The opposite is in fact true: the aim of our campaign is to protect South Africa against the violation of property rights. It is directed at preventing the ANC from destroying the economy by means of ill-considered policies, at the expense of everyone in the country,” Kriel says.

Kriel also emphasises that AfriForum is more than willing to engage in discussions on crucial issues in South Africa.

“However, as the ANC has done in the past, AfriForum will continue to garner international support, while simultaneously engaging in talks.”

If President Ramaphosa is serious about dialogue, he will, according to Kriel, have to ensure that the voices of minority communities will also be taken seriously and are not excluded or ignored, as has been the case in the past.

Read the original article in Afrikaans on AfriForum