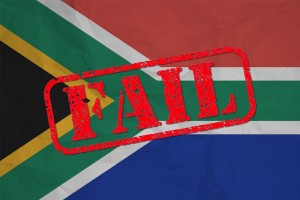 Why are countries worldwide clamping down on South Africans travelling an implementing more and more restrictions? Simply because an SA passport is seen as highly suspect by default. See below for a case study:
Human Smuggling is a major problem, and South Africa has been identified as a Source, Destination and Transit country. South Africa has failed to effectively deal with this problem and this article reveals how SA passports can be obtained and used.

South Africa has long been identified as a Source, Transit and Destination country for both human traffickers and human smugglers. Human Traffickers and human smugglers are criminals and all of them operate in organized formations. These criminal syndicates cannot exist or operate if they do not enjoy the protection of law enforcement officials from Immigration, and protection from certain political leaders and politicians and other government officials.

As the above matters are a well known and well established set of facts, what then inhibits or prevents the most senior government officials from acting against such human traffickers and human smugglers?  It is one of the questions that each reader needs to examine in depth and draw their own conclusions.

Low morale among law enforcement personnel, unsatisfactory conditions of employment, low salaries of junior employees, incompetent supervisors, corrupt or easily corruptible senior personnel, rules and regulations that are not clear, inadequate tools of  the trade, no prospects or very little prospects for promotion, male sexual predators in supervisory positions who employ females in exchange for sexual activities, untrained personnel, employment of personnel and then neglecting to train them, inadequate controls, and a few more factors are a direct cause of law enforcement in South Africa being unable to deal with human traffickers and human smugglers and some other criminals. 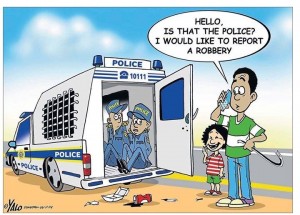 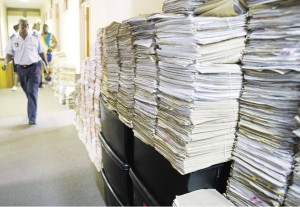 The inability or unwillingness of the department of Home Affairs to manage its issuing of visas in several countries especially Pakistan and Nigeria where for the past 15 years they have issued visas to people that claim to be welders and such people are unable to weld, when they arrive in South Africa they work as shop assistants or street hawkers and inevitably manufacture and sell drugs as their primary source of income.

The SA High Commissioner in Islamabad is a determined person whose love for South Africa and its development is unmistakable. To his credit he has integrity that is beyond reproach. Perhaps it was for those and other reasons he was chosen to deal with a situation that existed for more than 12 years.

It is only during the past two years that the SA High Commission in Islamabad had a different person heading the mission, and he has taken some measures to deal with the matter effectively, however certain Pakistani nationals are still very involved in facilitating visas for Pakistani nationals that do not comply with any of the visa requirements for which they apply. The High Commissioner has a very difficult task at hand and he must deal with it if he needs to ensure that only those that qualify, enter SA from that country. His task is made more difficult through other factors that constantly arise. 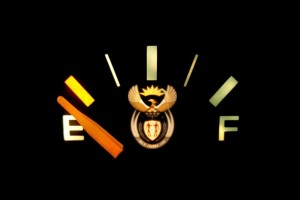 The following subject is a clear illustration of a human smuggler that now holds a South African identity document and a South African passport. Enabling documents that he obtained in the manner and time frames stipulated in this article.The person’s name is Anjum Raza who was born in a town named Jhang in the Punjab province in Pakistan. His father’s name is Rehmat Masih and his mother is Yasmin Rehmat. The subject did not reach grade 10 and he does not have any skills that South Africa needed or needs. As he was a Pakistani citizen he was unemployed while he was living in Pakistan. At no stage was he involved in any political activism nor was he harassed in any way that may entitle him to apply for political asylum in South Africa. He speaks the following languages Punjabi, Urdu and learnt English in South Africa.

Anjum Raza applied for a Permanent residence permit and he was issued with a permit Number 1939/04 which was authorized by the Department of Home Affairs official named JP Buthelezi, the said JP Buthelezi issued this permit in clear contravention of all Home Affairs regulations and procedures. This permit was also co-signed by the one Department of Home Affairs official named E Mokoena. Mokoena was a junior official who reported to JP Buthelezi. After Raza received this permit he did not adhere to any of the conditions stipulated on the permit.

Anjum is currently engaged in the following activities; Being at the Harrison Street Home Affairs offices almost on a daily basis from 15.00 to meet with Johan Heunning, a black male named Bobo and a white female named Small and a coloured female named Naomi with whom the subject had, had an intimate  relationship and a black male named Sipho. The above mentioned people all work as immigration officers in the department of Home Affairs except for Naomi who is a personal assistant. He solicits illegal Pakistani and Bangladeshi immigrants and charges them money ranging from R10 000 to R55 000.00 for obtaining some legitimate documents acquired fraudulently. He also charges up to R70 000.00 for a combination of documents he can procure illegally by violating all existing Home Affairs regulations and procedures. He is bribing some Home Affairs Officials to procure documents that applicants are not legally entitled to.

All these immigration officers are fully aware that Anjum Raza obtained his South African documents illegally.
The timeline involving Anjum Raza is as follows:

This matter was brought to the attention of the Department of Home Affairs and the information was provided to them in 2013. In any event the Department was supposed to have the original documents and copies in their archives.

The following action should have been taken by the Department of Home Affairs Law Enforcement Unit:

The crimes that Anjum Raza committed are:

People like the said Anjum Raza are able to travel to any part of the world committing crimes using South African passports and claiming to be SA citizens. It is people like these that have close links to human traffickers, human smugglers and other criminals including terrorists.

Raza has demonstrated the he is able to breach all the administrative and security procedures within the Department of Home Affairs and obtain genuine SA documents through bribing and corrupting Home Affairs officials. What then is the value of a South African passport and does the SA passport represent a security risk to other countries? Indian Security services like CBI, RAW and others should take careful note, if they too fail to take note they do so at their own risk as many people who obtained their SA passports in a similar manner to Anjum Raza travel to India as their first destination point, then to the USA, Germany, Canada, UK, Ireland, Switzerland, Germany, Sweden, Norway, Denmark, Australia, New Zealand and Italy. 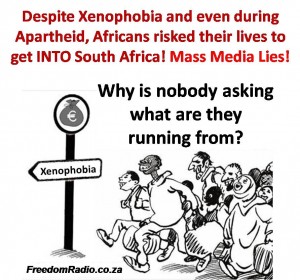