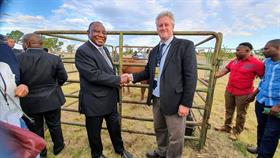 Former AGRI SA president and stud farmer Dan Kriek “donated” an expensive stud bull to billionaire Cyril Ramaphosa, prompting wide speculation about what was behind it. It certainly put into question any “independence” the AgriSA group might have claimed if their ex President was such close buddies with Cyril. Liberals like Kriek seem to strive for elitism wherever they are, in order to curry favour for themselves and a few liberal friends, but will we ever know?

Cyril is fairly active in the game industry having previously sold 3 impalas for a whopping 2.6 MILLION Dollars (R42 Million) at an auction! So when Dan Kriek, a stud farmer from Tweeling in the Free State and the previous President of the liberal AGRI SA, “donated” one of his South Devon stud bulls to Cyril Ramaphosa on Sunday, it seemed paltry and almost appeared as if Dan Kriek was brown nosing or trying to bribe Ramaphosa. Was it just an appearance fee to promote the town? In this era of systemic and institutional corruption and state capture, it is a fair question to ask.

The expensive gift (to normal people like me and you) was given when Ramaphosa addressed women in Tweeling during an event to mark International Women’s Day. The event was also attended by Sisi Ntombela, Free State Premier, who also hails from Tweeling. Ramaphosa accepted the gift and the stud bull will be delivered to Ramaphosa later in the year.

Dan Kriek, the question is on everyone’s lips. Did you just pay a bribe to Cyril Ramaphosa? Was that a bribe? To get what? Did you pay that bribe to make sure your own farm and a few of your liberal friend’s farms are saved and not subjected to expropriation without compensation? Or will this bribe cement the principle of property ownership for all?

Do you work just for yourself and a few of your liberal friends or do you work for all farmers in the country? WE THINK WE KNOW. Cyril is one of the richest men in the country. No, not a wealth built up by him stemming from his business acumen. That wealth came from stakes in successful companies built up by white businessmen over a century, and just given to Ramaphosa, because he had a black skin, in the years following the 1994 elections and transfer to ANC rule. So all those BEE stakes Cyril got for his blackness, was what made him rich, not his talent.

And another question is: what benefit was derived from all those massive BBEEE shares in companies that Cyril got for free? Did that change his attitude towards the white community? No. Will it get Cyril to admit the existence of Farm Murders? Clearly not. Did that make him respect ownership of property? Clearly not. Cyril is the driving force behind the plan to plunder private pensions to throw in the Eskom bottomless pit. So you see Dan Kriek, bribes did not change Cyril. Everything Cyril has was “donated” to him and still he has not changed. He took the white man’s gifts in the past and remained prejudiced against the white minority.

The question is Dan: Just what is it you think you are trying to achieve that other whites, far richer and more powerful than you, have not managed to achieve with Cyril the despot, who has many a white traitor brown nosing him: 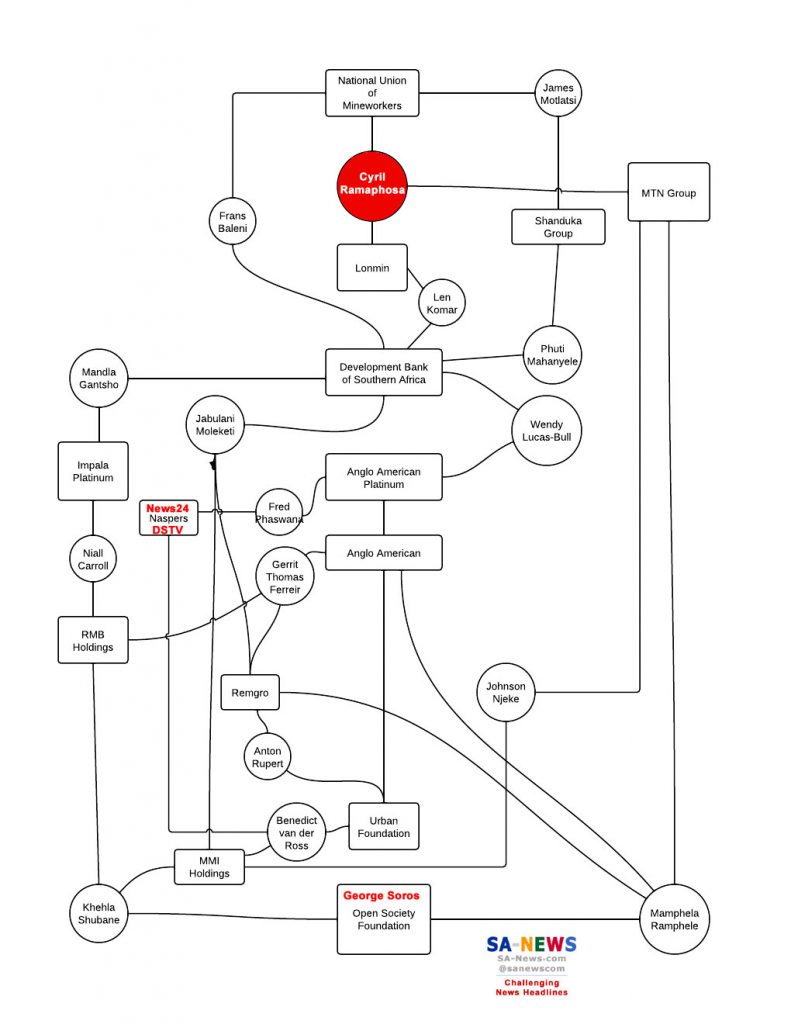 See also: AgriSA vs. AfriForum’s #farmlist, who will you believe and support!!