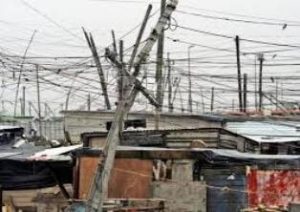 The national power supplier is struggling to keep up with its debt burden of more than R450bn and the ineffective functioning of many power plants.

In addition to its own problems, Eskom has continued to act reluctantly against municipalities that do not pay their monthly consumption to Eskom, and Eskom is too cumbersome to act against the defaulters.

Areas such as Orange Farm and parts of Soweto’s power have been cut off due to default, and although it has been asked for years for power supply to be cut off by defaulters, Eskom has remained cowardly and did not.

On the last day of October, Eskom decided to cut off the power of certain defaulters, but the correct method should be to warn all municipalities that are over 30 days in arrears that their power will be cut off within two weeks if payment is not made.