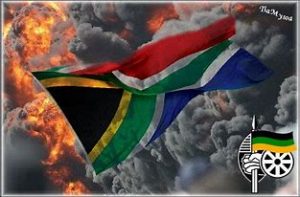 Political analysts say the actions of high-ranking officials in Eskom could lead to the demise of the ANC government.

The pressure is mounting on the ruling ANC regime from the inner circles as well as opposing structures as well as from extreme groups to act against those responsible for the mess in which the power supplier is currently facing its debt burden of R450 billion.

The claims are varied, but many expect the ANC to take action against Public Enterprise Minister Pravin Gordhan, who is closely concerned with Eskom’s problems.

The Red Brigade is demanding Gordhan’s sacking, while Deputy President David Mabuza himself helped to throw Gordhan under the bus.

There is also a feud against Ramaphosa, from people who believe he should have forced Eskom to stay with his company in order not to employ any loadshedding before January 13.

With all the turmoil, this could eventually lead to the disintegration of the ANC, which could have far-reaching consequences for millions of people.