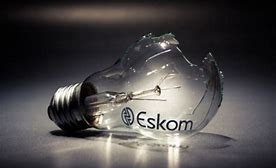 TAU SA finds it extremely suspicious that Eskom suddenly imposes loadshedding just days after the electricity supplier filed a lawsuit against Nersa, the regulator, because the entity was not satisfied with the tariff increases approved.

“It almost seems as if there is a subtle blackmail here, as it has often happened in the past if Eskom disagreed with Nersa’s decisions,” says Mr. Louis Meintjes, the president of TAU SA. “The consumer is beginning to get the impression that if Eskom doesn’t make sense, load shedding is set as a kind of leverage.

“The explanation that there have been problems since Saturday, but the country is only caught on Wednesday without any warning, is just as unacceptable,” he says. “Many farmers need to properly schedule their irrigation in these drought and hot temperatures so that they can provide food for the country’s tables. They have been deprived of the right of proper planning through Eskom’s laxity and insensitive actions. I would like to ask farmers who suffer damage as a result to contact TAU SA so that we can take appropriate action to recover the damage.

“Eskom does have money for expensive court cases against Nersa, but cannot afford essential maintenance. This is totally unacceptable, and Eskom’s chief executive apologizes to the country for the load shedding is not worth the paper on which it stands, ”says Mr. Meintjes.