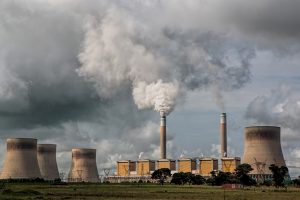 Statement issued by: Eskom Media Desk: Eskom notes with concern the industrial action by trade unions and advises customers to plan on the assumption that load shedding could take place in the week.

Monday, 30 July 2018: Eskom notes with concern the ongoing industrial action by trade unions at various Eskom sites, over the issue of performance bonuses for the 2017/2018 financial year.

The current industrial action has negatively impacted plant operations at several power stations. This includes acts of intimidation, sabotage and obstruction of access controls for personnel. While the risk of load shedding remains high during this period Eskom has activated all its emergency structures. Eskom is also urgently engaging union leaders to resolve this impasse.

The South African Police Services has been mobilised. We rely on their expertise to maintain order and to enable safe access to power stations as these are National Key Points.

Customers are advised to plan on the assumption that loadshedding will take place and are encouraged to check their load shedding schedules on the Eskom and their municipal website.

The industrial action is as a result of Eskom and the trade unions not finding each other at the Central Bargaining Forum (CBF) last week Friday, where the unions planned to provide feedback on the wage offer Eskom tabled on 17 July 2018.

On 27 July 2018 the parties met and deliberated on the wages and the additional demand for bonuses and jointly resolved to reconvene on Friday, 3 August 2018, for further talks. Eskom is disappointed that the employees through their trade unions resorted to disrupt operations today.

Eskom would also like to remind all employees that the organisation has been designated as an essential service provider, and as such employees are prohibited from participating in any form of industrial action that will further hurt the country, its people and the economy.

Eskom will provide updates on any developments in relation to this matter.