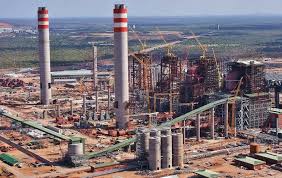 The US company that designed the extremely flawed Kusile Power Station in Mpumalanga was given a blank cheque by Eskom, which it cashed in to score R12 billion.

Despite the fact that the engineering consulting firm Black & Veatch, which is situated in Kansas in the US, delivered shoddy work that continues to hobble Kusile’s performance, two senior Eskom executives told City Press last week that the company is still being paid hundreds of millions of rands.

The Special Investigating Unit (SIU) has launched an investigation into irregularities around the construction of the Kusile, Medupi and Ingula power stations, which cost a combined R342 billion.

A senior law enforcement official told City Press: “The second phase of the SIU’s investigation is looking at the performance of, and payments made to the value of more than R139 billion, 11 identified contractors appointed by Eskom in respect of [the] power stations”.

At the same time, the National Energy Regulator of SA last week announced hefty power price hikes, and the Zondo commission into state capture heard from Eskom officials how they went to extraordinary lengths to do the Gupta family’s bidding.

Black & Veatch was handed a highly irregular open-ended contract in 2008 to design Kusile, a six-unit power station that was supposed to supply 4 800MW of electricity to the country’s grid.

A confidential Eskom tender council report, which City Press obtained, shows that, by the end of December 2017, Black & Veatch had been paid R12 billion.

The nine-year contract was signed by Eskom’s Jan Oberholzer, who was the parastatal’s general manager for capital projects at the time.

He resigned in 2008 and was re-employed last year as Eskom’s chief operating officer.

The contract further shows that, one month before the contract expired, Eskom decided to extend Black & Veatch’s contract by another four years – until 2022 – at an additional cost of R1 billion.

The report further states that Black & Veatch’s open-ended contract allowed it to charge hourly rates per employee, and it does not stipulate a maximum value, which flouts the Public Finance Management Act (PFMA).

Construction contracts usually include a pre-agreed fixed rate of between 7% and 10% of the project’s value.

However, Eskom also agreed to pay Black & Veatch a 15% advance payment on every work order, which amounted to more than R1.2 billion.

The PFMA expressly forbids advance payments for goods and services.

The report states that the consulting firm has been paid R12 billion to date, and will be paid R13 billion by the time it is done in 2022.

However, senior Eskom executives told City Press last week that the reason the contract was extended by four years was because they did such poor work on site that they had to now repair the damage.

The documents also reveal that Black & Veatch charged higher hourly rates for their employees from the US than for those from India, Thailand and China, which has sparked fury and cries of racism among some top Eskom officials.

An experienced construction engineer told City Press that advance payments for consultants were “unheard of”.

“I have been an engineer for more than 30 years and I have never heard a single case where consultants were paid in advance,” he said.

“One could argue that construction companies undertaking massive construction projects could justify requesting upfront payments to set up on the construction site. But for professional services providers, it is a no-no.”

Emails sent to Eskom management in 2013 by a Kusile insider, an experienced civil engineer, show that the utility was being billed twice for construction supervision and management at Kusile.

In the email, he states that Eskom contracted engineers from the South African office of French company Bureau Veritas to quality assure the construction at Kusile at a cost of R1.5 billion for five years.

The engineer alerted Eskom’s bosses to the fact that they were paying twice for the same job, and that Black & Veatch were already being paid to deploy a resident engineer and a team of construction supervisors.

The Kusile insider said: “Eskom paid Bureau Veritas R1.5 billion in five years for the same job that was done by Black & Veatch.

“At a construction site, quality assurance engineers do exactly the same job as construction supervision engineers – they all make sure that the construction is done according to designs, and that materials used are of the right quality,” he said.

“In the end, Eskom’s construction management of Kusile and other power stations was extremely poor. They let consultants and construction firms run amok and charge whatever they wanted.”

But Black & Veatch’s director of external communications, Patrick MacElroy, said in an email on Friday: “We are proud of the work we have performed as part of the team bringing this much-needed power generation project to the people of South Africa.”

However, an internal report on the defects at Kusile, Medupi and Ingula power stations, which was sent to the Eskom board last month, found that Kusile and Medupi had major defects, including eroding boilers and faulty coal mills.

“The resolution of these defects requires, in most cases, the redesign, manufacturing and installation of new equipment during extended periods [of] outages,” the report stated.

THE SIU CLOSES IN

City Press understands that the contract between Eskom and Black & Veatch is under investigation by the SIU, which began the first leg of its investigation in April last year.

Another senior Eskom manager told City Press that the R139 billion in contracts the SIU is now investigating are “huge” tenders at Kusile, Medupi, Ingula and Matla power stations, which Eskom modified and expanded, or sought to do so, without going to tender.

Treasury, under strict conditions, allows government departments and companies to modify and extend contracts by R20 million, or 15%, of the original value. But if the extension exceeds R20 million, the tender has to be re-advertised and subjected to normal procurement processes.

The tender council report that outlines the role of Black & Veatch shows that, in November 2017, a number of other tenders were brought before it for modification and expansion approval.

These include the modification and extension of the Kusile materials handling system contract by R182 million, increasing the contract from R2.1 billion to about R2.3 billion, as well as the approval and allocation of a further R250 million for Black & Veatch and two other companies for project management services.

Bureau Veritas did not respond to questions sent on Friday morning.

Eskom did not respond to detailed questions sent on Thursday related to Black & Veatch and Bureau Veritas.

However, in a short statement, it said: “Eskom is cooperating with the SIU, the Hawks and other law enforcement agencies that are investigating suspected irregularities with respect to some of the contracts that Eskom has entered into in the past few years.

“In addition to these investigations, Eskom has also submitted relevant documents to the state capture commission. As a result, Eskom is not at liberty to make any comments outside of these ongoing formal processes.”

In a statement on Friday, MacElroy said: “Kusile is one of the world’s most complex infrastructure projects under development, and has provided tens of thousands of local professionals with skills and experience. Over the course of this project, peak employment has approached 19 000 across numerous contractors and consultants, all working to support its mission of reliable power generation and workforce capacity building.”

The company, he said, was selected in an open and transparent process to provide project management, engineering and construction management support services at Kusile.

“Our global experience, along with the approach to capacity building and skills transfer, was a key differentiation in securing our role in the project. All inquiries regarding contract terms should be directed to our client, Eskom,” he said.

“As part of the Kusile execution team, along with numerous other companies, we continue to work to ensure the safe and effective delivery of this project.”

The company’s professionals are working with a range of in-house and vendor experts to bring the remaining units online as quickly as possible while ensuring valuable skills are developed, MacElroy added.