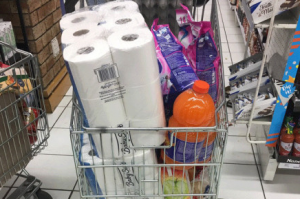 JOHANNESBURG – While the latest retail trade figures show a slight increase in consumer confidence, there were fears that pressure on consumers’ income may still decrease sales.

Statistics South Africa released a report on Wednesday, showing an increase in retail sales which boded well for economic growth.

The main contributors to the increase were clothing, footwear, leather goods and general dealers.

The report showed that South Africans were tightening their belts amid tough economic times with food, beverages and tobacco recording negative growth of minus 0.1%. Annual growth sales for household furniture and appliances, however, showed growth of 5.2%.

“It does show some stability in consumer spending. Looking at unemployment figures, it shows that consumers are facing a bit of pressure and things could get tougher.”