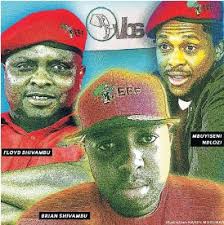 And, despite the Sunday World quoting Floyd Shivambu about a burglary at the apartment in the Pine Avon complex, the EFF deputy president has now denied that the burglary took place there — or that he stays there.

Since the release of the South African Reserve Bank’s VBS report, by Terry Motau SC, Floyd Shivambu and EFF leader Julius Malema have been on the defensive, parrying reports that bring them closer to being shown to have directly benefited from money fraudulently looted from the investments of ­stokvels, pensioners and cash-strapped municipalities.

Brian Shivambu is the sole owner of Sgameka Projects, which, according to Motau’s report, received R16-million in “gratuitous” payments in the VBS bank heist.

On the weekend the Sunday World reported that the Pine Avon apartment had been broken into and that Floyd Shivambu’s belongings — two laptops, two cellphones and valuable documents — had been stolen, but a criminal case had not been opened with the police.

The Sunday World report presented Shivambu’s occupation of the apartment as a given, and quoted him saying he was “surprised that they [the burglars] didn’t take my wife’s jewellery and my watches or anything else that’s valuable. They also destroyed my security system.”

Documents seen by the Mail & Guardian show that various payments, ranging from R100 000 to R300 000, by Sgameka Projects referencing Pine Avon were made between October last year and January this year. Through Sgameka, Brian Shivambu had made a down payment on the apartment and entered into a lease-to-buy agreement with the developer.

The M&G has learnt that the property has not yet been registered in his name because he has recently failed to make the balance of the payments on the apartment.

Floyd Shivambu, who is also the EFF’s chief whip, this week told the M&G that a burglary had not taken place at Pine Avon and that he had not stayed there.

“I don’t stay in Pine Avon. I have visited Pine Avon … I don’t own any apartment in Fourways and I don’t stay there. My younger brother was in the process of buying an apartment, which I never stayed in,” he said.

Following questions from the M&G on Wednesday (last week), Floyd Shivambu sent an email to Sunday World claiming he had only seen its article about the burglary on Wednesday and that he had advised its reporter not to quote him.

“I said to your reporter, Aubrey Mthombeni, that I don’t want to speak about the case of burglary because it is sensitive and the police investigators advised that I should not speak about it as it will endanger the investigations. I advised him not to quote me on anything, but as it appears, he went ahead,” he wrote in the email, which he copied to the M&G.

He repeated in the email that: “I don’t stay in Pine Avon, and don’t stay in Fourways … My brother stays in Fourways, and there is currently no burglary case that relates to Fourways … There was burglary and a police case opened about it but I am not at liberty to disclose the details as it will compromise the investigations … I don’t own a ‘fancy’ apartment in Fourways.”

Although Floyd Shivambu denies any links to the property, when the M&G sought to visit there and dialled the unit’s number into the complex’s intercom system, it read “FLO”.

Mapula Nkosi, the editor of the Sunday World, said the paper stood by its story. “I have noticed that Shivambu seeks to advise Sunday World about his version of facts that we dispute. It is unclear whether this is a legitimate complaint as he states that it is up to Sunday World to do as we wish with his ‘facts’. I advised him to direct his complaint to the press ombudsman for transparency and fairness.”

Despite Floyd Shivambu claiming his younger brother stays in Fourways, Brian Shivambu said the apartment was not occupied. “My brother [Floyd Shivambu] doesn’t stay and has never stayed in Pine Avon. I am in the process of buying a property in Pine Avon and no one occupies the property,” he said. He also denied any dealings with VBS and said he was confident he would win his court battle to take Motau SC’s report on review.

“I have had a business relationship with Vele [Investments] and there’s absolutely nothing wrong with my business relationship with Vele … I have briefed lawyers and will be taking the report to judicial review before the end of November … I can assure you now that the nonsensical reference to me as having gratuitously benefited from VBS will be thrown out of court. I will win the court ­battle against the Reserve Bank and will take action against all those who spread lies about me,” Brian Shivambu said.

Vele Investments was the majority shareholder of VBS and was also implicated in the bank heist.

The M&G has previously revealed how Floyd Shivambu, in a text message, provided a business account number for his brother’s other company, Grand Azania, to a businessperson at the centre of investigations into the Public Investment Corporation investigations, Lawrence Mulaudzi. Floyd Shivambu, who is not a director of the company, has never explained why he provided the bank account details.

The same account number has also been linked to suspicious VBS payments.

At the time, Mulaudzi told the M&G that he had paid Grand Azania for consulting and advisory services.

Floyd Shivambu, who, in his role as EFF chief whip, is facing a parliamentary ethics committee investigations over the VBS payments, also received direct payments from Sgameka Projects into his FNB bank account.

The EFF has defended him, claiming that they found no wrongdoing and that the payments were a normal exchange of money between siblings.

Earlier this month the M&G also revealed that Sgameka Projects made payments totalling more than R5-million to Mahuna Investments, a company solely owned by Matsobane Phaleng, Malema’s cousin. The payments were made between June 2017 and February this year.

Malema denied any knowledge of the payments and said he was not close to his cousin. Phaleng would not disclose what the payments were for or whether there was a contractual agreement between Mahuna Investments and Sgameka Projects.

Neither company paid taxes on the money that flowed from VBS; the payments were purported to be for services rendered.

Last week, the Daily Maverick’s Scorpio investigative unit reported that the two companies appeared to have been used as fronts for illicit funds from VBS for the benefit of the EFF, Floyd Shivambu and Malema. It also reported that some of the funds were used to buy a house in Sandown for the EFF. Malema denied any wrongdoing and said he stood by his statements at the party’s press conference, where they denied the EFF had benefited from VBS illicit funds.

A closer look into payments made by Sgameka Projects to Brian Shivambu show that he personally did not benefit much from the VBS transfers; the deposits into his personal bank account ranged from R1 000 to R60 000.

In October Brian Shivambu and another of his companies, Mabyeni Trading and Projects, faced a court action from Nedbank for failing to pay monthly instalments of R4 580.50 for a 2016 Toyota Corolla Quest.

The company had defaulted for six months on the instalments and, at the time, Brian Shivambu claimed he had only become aware of the defaults that month when the bank sent him a mail. He told Sunday World that the car was used by his employees and that he used taxis and Uber to get around.