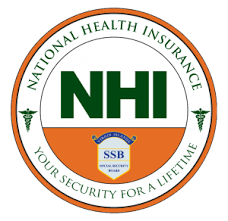 1. Will you be able to say “thanks, but no thanks”?
If the National Health Insurance (NHI) Bill is passed in its current form, the NHI will be compulsory, regardless of whether you also belong to a private medical aid. So, opting out won’t be possible. The Bill says the NHI, which will be like a big, state-funded medical scheme, will be a free service, but it doesn’t tell us what benefits will be covered, how the scheme will be paid for or how much it will cost.

2. When will the NHI start, and, will it actually happen?
The NHI Bill says the scheme will be implemented in three phases — we’re currently in the second phase (2017 – 2022), during which NHI legislation has to be developed and the NHI fund has to be established. During the last phase, from 2022 – 2026, Cabinet has to approve “the mobilisation of additional resources” so that the NHI can start to buy healthcare services from both public and private providers on a large scale.

But many experts argue that the NHI will take much longer to implement, as medical schemes and organisations representing health professionals, who will have to work at set NHI rates, will almost certainly challenge the Bill through submissions and possibly, court cases.

Amendments to at least 10 other pieces of legislation will have to be passed by Parliament in order for the NHI Bill to become an Act, which will also take time.

But, although the eventual NHI might not end up looking like the one described in the Bill, there is strong political commitment from both the government and the ANC to implement universal access to healthcare, and considerable pressure from trade union federation Cosatu to speed up the process. So it’s likely to happen, no matter the opposition to it.

3. Will you have to pay for the NHI through a payroll deduction?
In short, the Bill doesn’t tell us. All it says about how the scheme will be paid for is that the health minister will consult with the finance minister each year to decide “the budget and allocation of revenue to the Fund”. But several experts maintain salary deductions could very well happen, where a percentage of the income of those who are employed, much like a monthly medical aid installment, will be used to fund the NHI. The more you earn, the larger your premium.

4. What will happen to your medical aid between now and when the NHI kicks off?
That’s where the Medical Schemes Amendment Bill comes in, which was released along with the NHI Bill. The Amendment Bill wants to align your medical aid with what the NHI Bill says the scheme would look like. In Health Minister Aaron Motsoaledi’s words, this will result in a “harmonious transition [from your scheme to the NHI] that does not unduly disrupt access to healthcare”.

One of the most far reaching suggestions in the Bill is that monthly medical aid premiums should be calculated according to members’ income, so that high earners subsidise those with smaller salaries. Currently, those who belong to schemes pay the same amount for a particular option.

The Bill also orders medical schemes to scrap the present prescribed minimum benefits — a set of just over 300 medical and chronic conditions that schemes are required to cover — and replace them with a “comprehensive benefits package” that covers primary healthcare services such as vaccination, contraception and basic mental health services.

Moreover, the document suggests eliminating co-payments, but it’s not clear if that is only for the “comprehensive benefits package” or for all benefits that the medical scheme plan you belong to offers.

5. Will you still be able to have a medical aid once the NHI becomes compulsory?
The NHI Bill makes it clear that you will be able to buy “complementary health service benefits” that are not covered by the NHI through a medical aid. This will however mean that if the NHI is paid for, at least partly, through payroll deductions, you’ll have to pay two premiums — one for the NHI and another for your medical aid.

But there’s one more snag: the Medical Schemes Amendment Bill says that the registrar of the Council for Medical Schemes, the body that regulates schemes, can, “after consultation with the [health] minister”, make it illegal for your medical aid to offer the same services as the NHI. This, it says, is to prevent “duplicative costs for the same benefit”. If that happens, your medical aid will become a top-up service, which would only be permitted to offer benefits that the NHI doesn’t offer.

6. Will the NHI pay for you to use private healthcare facilities?
In short, yes — the NHI will buy services from both public and private facilities and health professionals. But you won’t always be able to choose who you see — you can only do so once. The Bill says you can register at any primary healthcare service, including a private GP, as your entry point into the NHI. But each time that you want to consult a doctor, you would have to go to the facility where you registered. You won’t be able to go directly to a specialist — only if your primary healthcare facility considered it necessary to refer you to one, and its not clear from the Bill if you’d be able to choose to which specialist you’d like to be referred to.

Also, doctors and health facilities will be paid set rates, which the NHI will determine. If the health minister’s comments about private healthcare prices, and the Competition Commission’s recent findings about inflated private healthcare costs are anything to go by, NHI tariffs will almost certainly be lower than current charges. Moreover, the services offered will be more strictly controlled than what is presently the case in the private healthcare sector.

7. Will anyone be able to use the NHI?
No, only South African citizens, permanent residents, inmates and children (regardless of their citizenship) between 12 and 18 will. Refugees and asylum seekers who have not been granted refugee status will only be able to use emergency and basic paediatric and maternal health services. They will also be treated for conditions of public health concern, such as TB or HIV.

You would, however, need to register to be a user. South African adults would require identity documents to do so and children home affairs birth certificates. The Bill doesn’t say what will happen to South Africans who don’t have these documents, although it does point out that, in the case of child-headed households, a supervising adult can help the children to register, and must, “where available”, produce the necessary documentation.