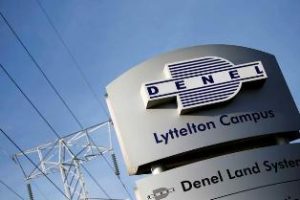 South Africa has blocked Denel’s huge contract worth billions of Rand. The contracts, the largest of which are for weapons in the two countries, Saudi Arabia, and the other in the United Arab Emirates, have been blocked and could eventually be canceled by the buyers.

South African manufacturer Denel, which, like many other state entities, is currently struggling to keep its head above water, can hardly afford to lose the giant orders because a dispute over inspection has arisen.

Informed sources point out that this could also mean that thousands of jobs could be jeopardized by the struggling armaments manufacturer.

The inspection dispute apparently revolves around a clause in the export documents that requires foreign customers not to transfer weapons to third-party institutions or countries.

The provision further states that South Africa is allowed to inspect the facilities, and the provisions could lead to cancellation of orders amounting to billions of Rand.

Saudi and the UAE are buying almost 35% of Denel’s production, and the dispute that has now come to the surface could ruin everything, including for future orders.