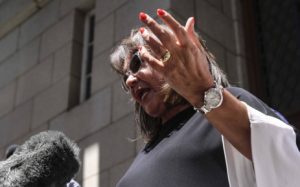 She said 300 of those employees have their own companies and, in some instances, they had not declared the conflict of interest to the department.

De Lille said more needed to be done to ensure people who work for the state don’t do business with the department.