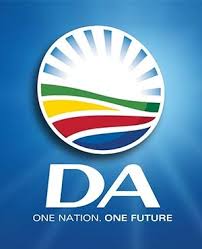 The Democratic Alliance (DA) has begun accepting job applications to fill the seat of outgoing Cape Town mayor Patricia de Lille for when she vacates her office in October. The party hopes to find a new mayor by the end of September.

In a two-day meeting held over the weekend, the party’s federal executive set out the process it would use to select a candidate before De Lille hands over her mayoral chain on October 31.

“FedEx [the federal executive] has discussed the process of electing a new Cape Town mayor. The process will be finalised by the end of September so that we can ensure a proper handover that will not distract us from the core business of delivering services to the residents of Cape Town,” said DA spokesperson Solly Malatsi.

On Monday, the party began accepting nominations and applications from candidates who wish to take over from De Lille.

The criteria for candidates includes: active DA membership of at least five years, registered to vote in the City of Cape Town and leadership qualities befitting a mayoral position.

Nominations are set to close on September 3. A screening committee will then inspect applicants and nominees to see if they match the criteria. Once that process has been concluded, the names of those who passed the screening test will then be forwarded to the selection committee. Members of the federal executive will be allowed to sit on the selection committee, but the committee will comprise of other DA members too, Malatsi said.

“We are hoping that by the end of September we will have a candidate-elect for the position of mayor,” he said.

The process comes less than a month after De Lille decided to resign from her post after an ugly feud between her and the party had captured widespread public attention. The DA decided to drop its own internal charges against De Lille. Party leader Mmusi Maimane held a joint press conference with the embattled mayor at the end of July to announce her resignation.

De Lille has said that she will remain a member of the party, but it is yet to be determined if she will continue to sit in the city council.