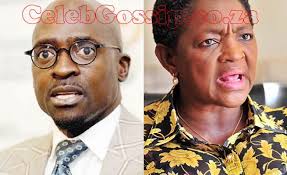 Home Affairs Minister Malusi Gigaba and Minister in the Presidency Bathabile Dlamini have “acted dishonestly” and are not “fit and proper” to hold positions in Cabinet, the Democratic Alliance (DA) said in court papers.

The pair survived Ramaphosa’s first Cabinet reshuffle on February 26 — 11 days after he had been sworn in as president.

In his affidavit, federal council chairperson James Selfe said: “In the circumstances, the DA seeks an order declaring the president’s decision to retain both Ms Dalmini and Mr Gigaba in his Cabinet to be unlawful, unconstitutional and invalid.”

Selfe added that Ramaphosa’s “failure to act” in dismissing Dlamini from his Cabinet following the Constitutional Court’s “prima facie findings of criminal and unlawful conduct by Ms Dlamini, constitutes a failure to hold the values enshrined in the Constitution”.

Selfe said that by not taking the decision to dismiss Gigaba and Dlamini, the president was “not putting the interest of South Africans before those of the ANC’s political figures”.

“How persons who have been held by this country’s courts to be liars can be regarded as fit to advance South Africa and its well-being is impossible to comprehend.”

Sassa debacle
Last month, the Constitutional Court found that Dlamini had tried to mislead the court in the SA Social Security Agency (Sassa) debacle. The court asked the National Prosecuting Authority to consider whether Dlamini should be prosecuted for lying under oath during her testimony at Judge Bernard Ngoepe’s Sassa inquiry.

The inquiry was set up to establish whether Dlamini should be held personally liable for the costs incurred during the court case over the social grants crisis.

Dlamini was the social development minister at the time. Ngoepe found that Dlamini was evasive and “unjustifiably” told the commission she did not know or could not remember the answers to “important questions”.

“Unfortunately Ms Dlamini has conducted herself in a manner which flies directly in the face of the pledge made to the people of South Africa,” Selfe said.

He added that Ramaphosa failed to take any steps to dismiss Dlamini nor had he undertaken any disciplinary hearing.

‘Irrational and unlawful’
He also referred to a 2006 matter where the Directorate of Special Operations implicated Dlamini and other ANC members of Parliament in the so-called Travelgate scandal, involving the abuse of parliamentary travel vouchers.

“Her charge sheet had stated that she knew the travel vouchers could be used only for air travel but nevertheless used them to cover the costs of hotel accommodation, car rentals and other benefits.

She was convicted of fraud after pleading guilty, admitting to R245 000 in fraudulent travel claims.

“Yes, the president has elected to retain Dlamini in his Cabinet. This conduct cannot be regarded as rational. The president’s failure to discharge her from office is irrational and unlawful,” Selfe said.

On Gigaba, Selfe said, given a court judgment, Gigaba may also face prosecution for “deliberately lying to the court under oath”.

In December 2017, the Pretoria high court found Gigaba had “deliberately told untruths under oath” in a court battle launched by Fireblade Aviation against the department of home affairs.

“Although the Constitution vests in the president the power to appoint and dismiss members of Cabinet, like all other constitutional powers, this is a subject to certain constitutional constraint.

Selfe said Ramaphosa’s conduct in his decision to not take disciplinary steps and dismiss Dlamini and Gigaba from Cabinet must be “tested against the standards of lawfulness and rationality”.