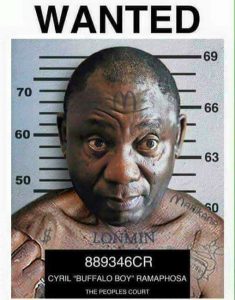 Ramaphosa lost his shine amongst his own supporters very fast. They want to nail him because:

Looks like a short presidency for Buffalo Boy is on the books!