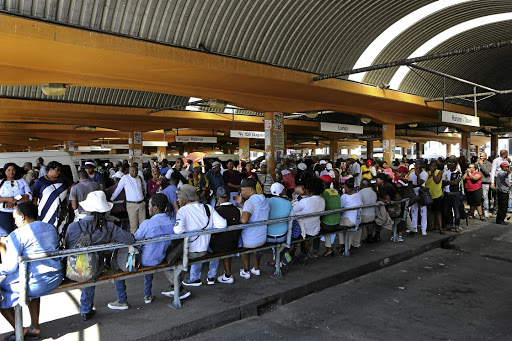 “The criminals have won.” This is the Cape Chamber of Commerce’s response to Metrorail’s decision to suspend services on the busy central line in Cape Town on Monday.

They had “sabotaged and killed a vital train commuter service that provided a transport lifeline for the communities most in need of affordable public transport”.

Thousands were left stranded, many unable to get to work, after Metrorail said “months of sustained vandalism” from cable theft and destruction of infrastructure forced it to suspend the city’s busiest train line.

Chamber president Janine Myburgh said it was time to ban the export of scrap copper and to “treat metal theft as a serious crime”.

“If we don’t take drastic steps we will lose the whole commuter rail service,” she said.

Mayoral committee member for transport and urban development Brett Herron said he was not surprised by the collapse of Metrorail’s services. In the past financial year, Metrorail had lost 2.3-million passenger trips and those commuters had been diverted to the road network. This had raised peak-hour commutes on the busiest roads in Cape Town from two hours to four hours in traffic a day.

“If you think about the number of trains that got burnt recently inside Cape Town Station under guard by security guards. How does that happen? There is something really worrying about this pattern of a fleet that is being diminished and attacked,” he said.

Sindiswa Gqweta from Khayelitsha said: “No trains were coming. I waited for an hour then decided to go because I was late for work.”

Metrorail regional manager Richard Walker said technical teams were doing repairs – accompanied by armed guards – to try to get services ready to resume on Tuesday. “We regret that our commuters once again have to suffer as a result of selfish criminal agendas,” he said.

BY ARON HYMAN AND FARREN COLLINS/TimesLive