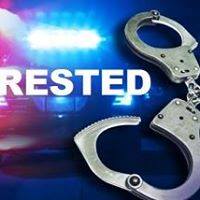 Police officers, a Captain and Constable, are amongst the nine men that were arrested for truck hijacking in Boksburg in the early hours of Monday, 12 November 2018.

Gauteng police management received with dismay, information that two police officers in full uniform and a marked police vehicle, were escorting a truck that was allegedly hijacked. Management is equally appreciative that the criminals within its ranks have been exposed and arrested.

Police officers on routine patrol in the early hours of Monday morning, noticed a truck being escorted by three vehicles including a marked police car on the N12 highway, in Benoni.

Police kept close observation of the vehicles and later intercepted them in Boksburg. Preliminary investigation revealed that the truck full of groceries had been hijacked in Potchefstroom in the North West Province.

All nine suspects were arrested and they will face charges ranging from truck hijacking, possession of hijacked truck, defeating the ends of justice and driving the car without the owner’s consent.

The suspects will make their appearance at the Boksburg Magistrate’s Court soon.