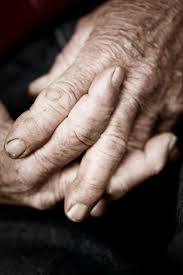 Yesterday, 04 December 2018, at about 12:00 the victim’s caregiver left the house to go
buy a few items at the shop. On her return, at about 12:40, she discovered the 87-year-old victim severely assaulted in her face and body in her bed. It is alleged that the security gate was closed but not locked and that an unknown amount of suspects gained entry into the house and assaulted the victim demanding money.

Her purse containing an undisclosed amount of cash and bank cards was then taken by the suspects before they have fled the scene.

Police are urging any one that may be able to assist police with this investigation to please contact the Motherwell Cluster Serious Violent Crime Unit, Detective Captain Jerome Mackay at 071 475 2015.

Police would also wish to urge community members to double check their security gate that it is indeed properly locked when leaving home.

General Rabie further added that “the safety and protection of our elderly are not only in the hands of caregivers and family, but also everybody in the neighbourhood and community. We are currently still observing the 16 Days of Activism of No Violence Against Women and Children awareness campaign, which also includes the safety and security of the elderly. We are calling on our community to take care of the elderly and where crimes are committed against them, assist the SAPS in identifying the culprits responsible for these crimes.”