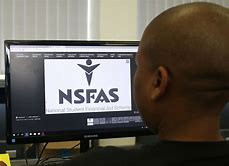 Three workers employed at the National Financial Assistance Scheme (NSFAS) were arrested on Wednesday on fraud charges. According to dr. Randall Carolissen, NSFAS’s executive administrator, they are all situated the Wynberg office in Cape Town and allegedly paid student allowances into their own bank accounts. Carolissen said the three allegedly requested payment from applicants so that their applications could be processed, or even accessed application forms. NSFAS’s application process is free.

The scheme was placed under administration in 2018. Since then, a number of forensic investigations have been conducted, including the general payment of money, student grants and the leakage of sensitive and confidential information.

According to reports from Maroela Media, the DA said after the arrest that it was ultimately the most vulnerable students who paid the highest price for theft and stealth in the scheme. “From corrupt officials, to the issue of suspicious tenders to the former VBS Mutual Bank – NSFAS clearly has a crisis,” said Baxolile Nodada, the DA’s spokesman for higher education.

“Underprivileged students at tertiary institutions suffer and are often starved, kicked out of their places, or turn to usury because NSFAS has become a money cow for crooks.”

Nodada says it is not enough that NSFAS is placed under administration and investigated only. “We are calling on the Department of Higher Education to decide how funding can be awarded to students without having to work through the scheme’s central system.”

The DA says the department must ensure that NSFAS has an effective system for paying out grants and that the money earmarked for students is protected.

According to NSFAS, the three workers’ arrest will have no effect on the 2020 application process. Applications for student funding for next year close on 30 November.