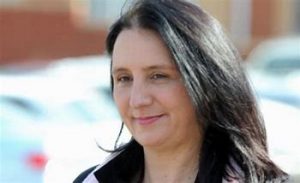 Speaking to News24 on Thursday, Momberg’s lawyer, Anesh Sukdeo said her client was suing the South African Police Service (SAPS), justice ministers, provincial and national police commissioners as well as the National Director of Public Prosecutions (NDPP), for R8.5 Million for the unlawful arrest and detention effected on her on November 6.

The lawyer said while the police claimed there was a warrant of arrest instructing Momberg’s arrest on November 6, that was not the case and instead they had an “apprehension order”.

“When we got to court and saw the magistrate that dealt with Vicki’s matter initially is the very same magistrate, then it became clear to us that the magistrate had now become conflicted.

“The magistrate then dealt with the matter. Then she said she does not have jurisdiction over the matter,” the lawyer said.

He said there was no need for the former estate agent to be sent back to jail because papers for leave to appeal were already lodged to the Supreme Court of Appeal in August 2019.

“What the prosecution did on August 1, they posted the very same magistrate who sent Vicki to jail on November 6, and they obtained an order for apprehension.

“An order for apprehension and a warrant of arrest are two different documents,” he said.

Sukdeo said notices to sue were sent to the departments and the NDPP via email and post in December and January.

Sukdeo said they were now waiting for 60 days and would then issue summons.

He added that Momberg was traumatised both psychologically and emotionally following her arrest and subsequent release on December 27.

News24 previously reported that Momberg had qualified for the special remission of sentences that was announced by President Cyril Ramaphosa on December 16, Department of Justice spokesperson Logan Maistry said.