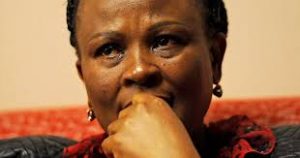 Busisiwe Mkhwebane, the controversial Public Protector appointed by Jacob Zuma, is now getting help from a specific group of supporters for her legal costs.

Busisiwe Mkhwebane faces a debt burden of R900,000 for court costs she must pay herself, and apparently offered to pay R100 a month on it.

In the meantime, supporters have started a campaign to redeem the huge amount, and donations ranging from R5 to R500 have already been received from a total of R90,000.

This is only 10% of what must be paid, and the recovery campaign is expected to take a long time to fully recover the amount.
-Vryburger