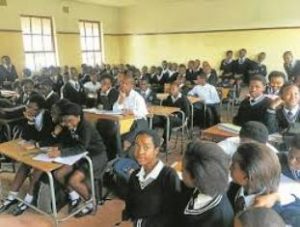 The placement of pupils by the Department of Education has created new crises, leaving parents and pupils furious.

Cases have been reported from certain schools in the Central Transvaal region that are hopelessly overcrowded, which have apparently been criticized for evading the truth many pupils have not even be placed yet.

What is alarming, however, is that pupils are so misplaced that they are now up to 40 km away from the school they have to travel to every day.

Educators believe that whites should immediately take their children out of the crowded classrooms and place them in private schools where adequate space and good teaching methods are applied.

The excellent academic achievements of BCVO schools have shown that pupils not only receive excellent education but also broaden their knowledge in a safe, popular atmosphere.