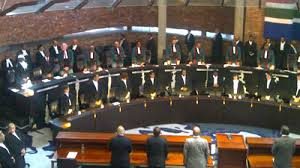 The finding of the Constitutional Court that the word “Boer” – as used in a so-called struggle song – is not in itself hate speech, but that it may be inappropriate is a technical statement and can be misinterpreted that the word is being used as free speech and therefore such songs can be used.

Dr. Pieter Groenewald of the FF Plus says in his reaction to the verdict that the reality is that the use of the word “Boer” should be read within the context of the songs in which it is used as it has already become synonymous with hate speech in slogans such as ” kill the boer, kill the farmer “and” shoot the farmer “who are being singed by ex-president Jacob Zuma.

“The particular song being ‘hit the boer’ can therefore be seen in this context as incitement to violence against farmers, but it is also known that” Boer “refers in particular to the Afrikaner.

“The FF Plus would therefore expect the Constitutional Court to deliver a stronger ruling against the use of the word, and pointed out that it could potentially lead to violence.

“The question must also be asked if songs that say” beat the blacks “will be treated the same way such such as ‘hit toe boer,” says Dr. Groenewald.

“It’s a pity that the Constitutional Court has left a golden opportunity to show that whites and especially the Afrikaner, also victims of racism.”