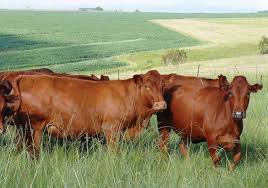 Early in February this year it was announced that foot-and-mouth disease had broken out in the black living area of the Northern Transvaal.

The farm where the first incident was reported is in the Vhembe district and has resulted in South Africa’s export of red meat being hampered.

While the industry is still struggling to recover from the setback, foot-and-mouth disease has broken out again in the Vhembe district, and will mean that farmers will be restrained from selling their market-ready animals.

Farmers have begun to specialize in recent years by marketing animals literally on day and date when the finishing work is completed, and every day that the animals stay longer on the farm is a direct loss that is offset against the profit.

With the intolerance of poor foot-and-mouth control in the Northern Transvaal, it is becoming increasingly urgent that commercial cattle farmers be protected from the annoyance.