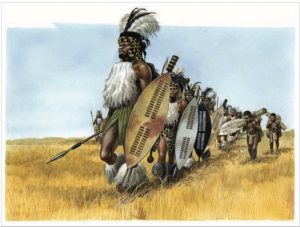 It is one of most central boiling points in a volatile nation that threatens to tip over, under immense pressure from disenfranchised black populaces, under brutal siege from far left fascist movements like EFF and COPE, and underwhelmed by massive maladministration from shamelessly corrupt ANC governance.

One of the most dangerous and simultaneously unfortunate characteristics of the current malaise is the sense of entitlement fueled my mass misinformation. Indeed, it is from that, that the land issue has become a scapegoat for the ANC, a populist ticket for the EFF, and an excuse for bad governance and poor delivery from the government.

That the differences and absurdities in wealth distribution continue to be erroneously labelled and classified by colour 21 years after apartheid is the greatest tragedy since Shakespeare’s Macbeth.

That the general population and indeed some intellectuals can be hoodwinked into believing the current status quo is the architecture of racist capital is the stuff of Legend.

Honesty in intellectual discourses is a prerequisite lest confusion will substitute reason and ignorance will be the order of the day. In this notion, the land issue must be debunked before it is addressed.

The brutality of the Zulu empire ended several years ago, and so have colonial times. We must learn from the past but that must not slow our progression for the future. If we continue to judge peoples of today by historical figures and events of the past, there will not be a single one of us who does not have an ancestor with blood on their hands.

There is not a single human being alive today that is not the result of colonization, migrations and expansions by their ancestors. None of us has a history that could pass today’s much higher morality standards.

It is quite clear that we need to confront our problems openly and with honest sincerity, no matter how hurtful that may be.

Things need to change, but as long as we keep making scapegoats out of invisible forces and excusing those responsible for effecting that change, we allow our leaders to live in R250 million houses, and fly on R4billion private jets, while blaming the wrong people.

Enough said, This Is Africa!