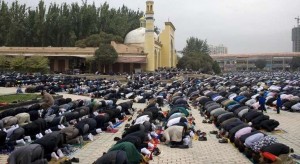 Before a Muslim community gets into Jihad mode, the first thing they do is call on all Muslims to repent from alcohol, pork and tobacco.

It is this spark which begins the process rolling, as small groups of Muslims begin to push that agenda on Muslim communities by using peer-pressure. When this happens, it is a sign that trouble is ahead. Pretty soon they begin to demand a change in laws in order to force the host to acquiesce to their demands.

This problem exists in any society where Islam is allowed. So when giving Muslims “freedom of religion,” the ball gets rolling and soon Islam’s ethics begins to conflict with the host nation.

What the west needs to learn, and they will, slowly, is that Islam is the antithesis to western ethics: the more you have repentant Muslims, the more they are prone to violence while in the Judeo-Christian ethics, it is usually that the repentant gives peace and also finds peace. The reason for such a reverse between the two ethics is simple to understand. Firstly, Islam focuses on the outward forms of holiness: Hijabs, beards, no drinking, no pork and no smoking. Secondly, Islam’s concept of ‘peace’ has nothing to do with western understanding of the term. Peace in Islam is the Muslim definition for ‘justice’ and is foreign in all aspects, be it the concept of peace, the definition of peace and the practice of peace. In Islam, peace can only exist when Sharia reigns supreme.

So in order to fight the spread of Islam, the best approach is almost like the war on drugs where a society brings down the enabler, that is the ‘drug pusher’ (Imams, mosques) and also the substance (Quran and Muslim materials). 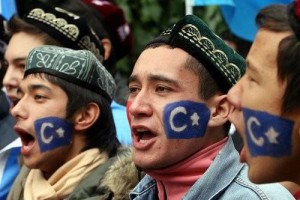 So in China, unlike the west, they get it. The Chinese authorities launched a series of “strike hard” campaigns to weaken the hold of the drug of Islam in China’s western region. So they have ordered Muslim shopkeepers and restaurant owners in its troubled Xinjiang region to sell alcohol and cigarettes, and even promote them in “eye-catching displays,” as Radio Free Asia (RFA) reported. Alcohol and tobacco, while it is a problem, to the Chinese is the lesser of the two evils. So now establishments that failed to comply were swiftly dealt with and were threatened with closure and their owners with prosecution.

Government employees and children are also barred from attending mosques, lest they consume the drug and are even prohibited from observing the Muslim fasting month of Ramadan. And in many places, women have been barred from wearing Hijabs and the men are discouraged from growing long beards.

China understands that spreading Islam starts by peer pressure and public scorn towards anyone who smokes or drinks alcohol. For example, in the village of Aktash in southern Xinjiang, Communist Party official Adil Sulayman, said that many local shopkeepers had stopped selling alcohol and cigarettes from 2012 “because they fear public scorn,” while many locals had decided to abstain from drinking and smoking.

So while some might think that China is imposing on freedoms, it becomes a tough balance, westerners need to ask themselves as to why they impose on Christians to bake cakes for gays with an agenda.

So while we complain about China, where are the massive complaints about forcing Christian shops to acquiesce to the LGBT? 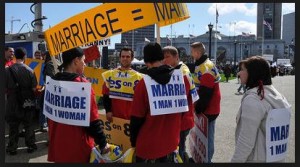 In reality, it is the Islamists who are imposing their Sharia driven agenda on the public and the Chinese government is thwarting their attempts. For example, in one unrelated incident in neighboring Qinghai province on Friday, an angry crowd of Muslims smashed windows of a supposedly halal store in Xining city, after pork sausages and ham were found in a delivery van, according to the local government and photographs on social media.

Sulayman said authorities in Xinjiang viewed ethnic Muslim Uighurs/Uyghurs who did not smoke as adhering to “a form of religious extremism” and this is true to a certain extent. They issued the order to counter growing religious sentiment that was “affecting stability,” he said.

The notice ordered all restaurants and supermarkets in Aktash to sell five different brands of alcohol and cigarettes and display them prominently. “Anybody who neglects this notice and fails to act will see their shops sealed off, their businesses suspended, and legalaction pursued against them,” the notice said.

According to Radio Free Asia, Hotan prefecture, where Aktash is located, had become “a hotbed of violent stabbing and shooting incidents between ethnic Uighurs and Chinese security forces.”

As Shoebat.com has reported, the Uyghurs are largely a Turkish speaking minority that is revered by the Erdogan regime in Turkey. In 2012, Erdogan and then Foreign Minister Ahmet Davutoglu paid a visit to Xinjiang, a place the Turks do not consider as part of China, but consider it to be East Turkistan. Last year, the Muslim terrorists in China detonated a suicide car bomb in the middle of a crowd in Xinjiang killing 31 civilians and in 2013, a confrontation involving axes left 21 people dead in China’s troubled far-west region of Xinjiang which was the deadliest violence in the region since July 2009, when Xinjiang’s capital, Urumqi, was rocked by clashes between majority Han Chinese and minority Uighurs that killed nearly 200 people.