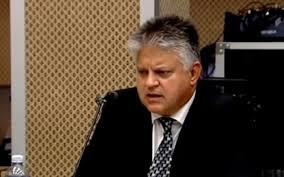 A global advisory firm’s overhaul of the South African Revenue Service’s (Sars) modernisation and digitisation programme was not worth the hundreds of millions spent, according to Sars officials testifying before the Nugent Inquiry.

Gartner received over R200-million in a phased tender to review and develop a new IT strategy for Sars in 2015.

Sars’s overall digitisation programme — which started in 2007 and was meant to automate Sars revenue collection systems to improve efficiency and curb corruption — was supposed to be completed in 2015.

According to Andre Rabie, Sars’s acting group executive for IT strategy and enterprise, it will cost approximately R1-billion to fix problems with the revenue service’s digital systems, which were brought to a standstill shortly after the arrival of suspended Sars commissioner Tom Moyane.

Rabie appeared before the Sars commission — headed by retired Judge Robert Nugent — which is looking into issues of tax administration and governance at Sars.

Rabie says they were not consulted by management when the modernisation programme was put on ice in 2014 and were only informed through an internal communication memo.

Rabie told the commission that he and his team were not sufficiently consulted by Gartner during the IT review process.

He explained that apart from two engagements, he was asked to fill in a questionnaire that only looked at his specific role instead of the general modernisation programme. He added that Gartner’s final assessment did not contain new information.

“In terms of the majority of the assessment, all of that information was available in the form of frameworks or toolkits that if anybody inside of Sars with the knowledge was tasked to do this we would have been able to come up with things like strategies etc,” Rabie said.

Rabie said the work done by Bain and Co. as well as Gartner completely transformed the way that Sars operates. This included fracturing the support structures which had worked together with digital.

“Effectively because of the fact that our support functions are not helping the digital environment, infrastructure updates are far behind and its pointing towards the imminent collapse of digital infrastructure within Sars.

“In the world of technology if you lose years, you typically have to restart,” Rabie added.

He told the commission that in order to fix the problems with digitisation they needed to stabilise the department by bringing back people with expertise and giving them appropriate duties.

Rabie continued, saying Sars needed to address problems with e-filing “because that crash is imminent in 2020”.

This is because the technology Sars uses for the e-filing platform is outdated and the component which renders the forms that taxpayers use to fill in their information will not be supported by computer browsers anymore.

During the period between 2006 to 2014 Rabie showed that before the modernisation programme was frozen Sars had gained many efficiency improvements across tax types.

Modernisation increased electronic tax return submissions from 8% to 93%. Where in 2006 it took 180 days to process a personal income tax assessment, it took just three seconds in 2014. Company income tax assessments improved by 144% — processed in 0.47 days as opposed to 68.

When asked if he thought a high-level assessment of Sars’s IT systems and modernisation was necessary, Rabie responded: “I don’t think it was.”