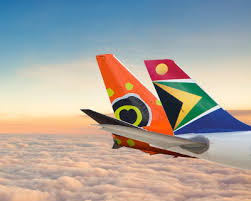 SAA has confirmed its cancellation of 38 domestic and international flights between OR Tambo International Airport and Cape Town, as well as between Johannesburg and Durban’s King Shaka airports.

In a statement, the airline said: “These decisions are in line with SAA’s usual policy of reviewing flights and consolidating services with low demand. Furthermore, during the current process of business rescue, these cancellations represent a responsible strategy to conserve cash and optimise the airline’s position ahead of any further capital investment.”

The airline said it would be reviewing further schedule amendments over the coming days and would communicate any operational changes to its customers.

Those who have already booked the cancelled flights will be re-accommodated on alternative services including Mango.

Below is a list of all the cancelled flights:

The following domestic flights operated by SAA have been cancelled:

“Some passengers travelling to Munich, and others travelling via Munich to other destinations, will be re-accommodated for some of their journey on partner airlines in the Star Alliance to minimise delays,” it said.

The following international flights have been cancelled:

“We are in the process of contacting our customers to advise and assist. Should you be affected and wish to discuss your options, please contact your travel expert,” it said in a statement.

While there were earlier reports of 19 domestic and international flights been cancelled by SAA on Tuesday morning, the number released by the airline was 38. The airline is in business rescue and needs another R2 billion bailout for February.

The airline had announced on Monday that all flights would continue as normal.

It said in a statement: “SAA wishes to assure its customers and stakeholders that flights to all its destinations continue as normal.

The airline is aware of media reports suggesting that it will cease operations. SAA remains committed to transparency communicating with all stakeholders, including “customers about any material or significant operational changes.

“Where there may be flight schedule amendments, such operational changes will be managed and communicated by the industry norms and practices.”