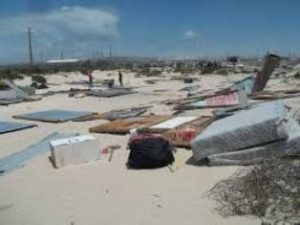 Spokeswoman refuses to say how many shacks in Zweledinga were destroyed after the Cape Town municipality decided to demolish parts of it.

The shacks were flattened over the weekend in the Khayelitsha area, but municipal officials refuse to say what the number was destroyed.

Councilor Malusi Booi responded elusively, saying it was operational information that could not be provided.

He says the city council rejects any attempt of land occupation and this also applies in urban areas as has been the case, and has therefore acted purposefully.

Booi confirmed that they had a court order permitting them to demolish the shacks, and after Saturday’s clearing of the site, building materials and corrugated iron lay everywhere with other illegal squatters’ property.