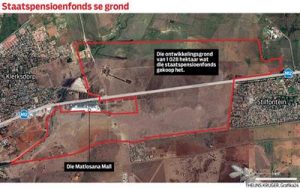 ROBBING PETER (GEPF) TO SAVE PAUL (POLITICIANS) WHO WAS ROBBED TOO. Solidarity trade union has uncovered the reason why PIC approved an obviously fraudulent transaction. They called it right, watch this space. The massive R586 million overpaid by the State monopoly managing the pension fund for government workers (GEPF), the Public Investment Commissioner (PIC), has incriminated themselves and broken all ethics and codes of conduct, such a body should adhere to, when they tried to bailout the bankrupt municipal councillor’s pension fund, the majority of whose members are ANC councilors, it now seems.

The Pension Fund for municipal councillors (MCPF), whose members are politicians only, was so mismanaged and bankrupt that it was placed under curatorship a while back. The curators discovered that a property developer of Klerksdorp called [email protected] owed the MCPF over R130 million. Isago agreed in a court case to pay the MCPF that money back . Only problem was that Isago did not have the money, which left the municipal councillors and teh MCPF out of pocket. Well, until their buddies at the PIC made a plan to massively overpay Isago for the purchase of the bare farm Palmietfontein at Klerksdorp, about 1,000 hectares, some of it dolomite ground at R570,173 per hectare, over 28 times higher than the market rate per hectare.

After weeks of investigation, Solidarity issued a statement today:

State capture has mutated into the planned capturing of the last ‘pot of gold’ still ‘filled with gold’ in South Africa: the Government Employees Pension Fund (GEPF).

SA-News reported on this last week here and other news columns were filled with the news of the farm Palmietfontein being bought in 2018, by the Public Investment Commissioner (PIC), on behalf of the Government Employees Pension Fund, for the amount of R586 million. This price is reportedly up to 2,000% above the market value of the neighbouring farms. It was reported that part of the deal was that the sellers, Isago will then pay over their R130 million debt to the Municipal Councillors Pension Fund (MCPF) – presently under curatorship.

Solidarity circulated a report that they have lodged a PAIA application (freedom of information) to the PIC, requesting the disclosure of records relating to this deal. An early analysis of this deal however is the following:

Similarly SA-News reported on the proposal from the trade union federation Cosatu (of which Popcru is a member) that Government Employee Pension Fund (GEPF)-money to the amount of R254 BILLION should be plundered to bail out bankrupt Eskom, to save the banksters, who spearheaded the proposal, from default. This is presently being discussed and negotiated in various forums including Nedlac and according to reports, a draft agreement is presently considered.

This is too similar to the Klerksdorp scam to be coincidental and also highly irregular. Was it a trial run? The pension fund contributions of state employees are entrusted to the GEPF, which has the fiduciary duty to invest and manage funds in the best interest of the pension fund – not the best interest of Eskom or the best interest of Cosatu or Popcru or even MCPF. The GEPF appointed the Public Investment Commissioner to invest their (our) money and gave them a specific mandate and set of principles to apply when doing so. Any investment by the PIC has to be considered by the PIC against the mandate given to them by the GEPF. This is an internal PIC process. Any PIC investment above R2 Billion has to be approved by the GEPF. It is highly irregular – even unlawful – that any future investment of GEPF funds by the PIC be decided upon by ANY external forum, and even more irregular and more unlawful for the PIC and the GEPF to willy-nilly accept such external decision. It will amount to classical pension capture by the state!

Solidarity hosted a press conference today at which the first legal steps were announced to stop the capture of public service pensions. The nature of these legal steps will only be determined when the final (Nedlac) agreement on the funding of Eskom becomes known and/or when the PIC/GEPF accepts said agreement and approve the funding of Eskom, without implementing their own internal processes or acting irrationally or unlawfully when doing so. 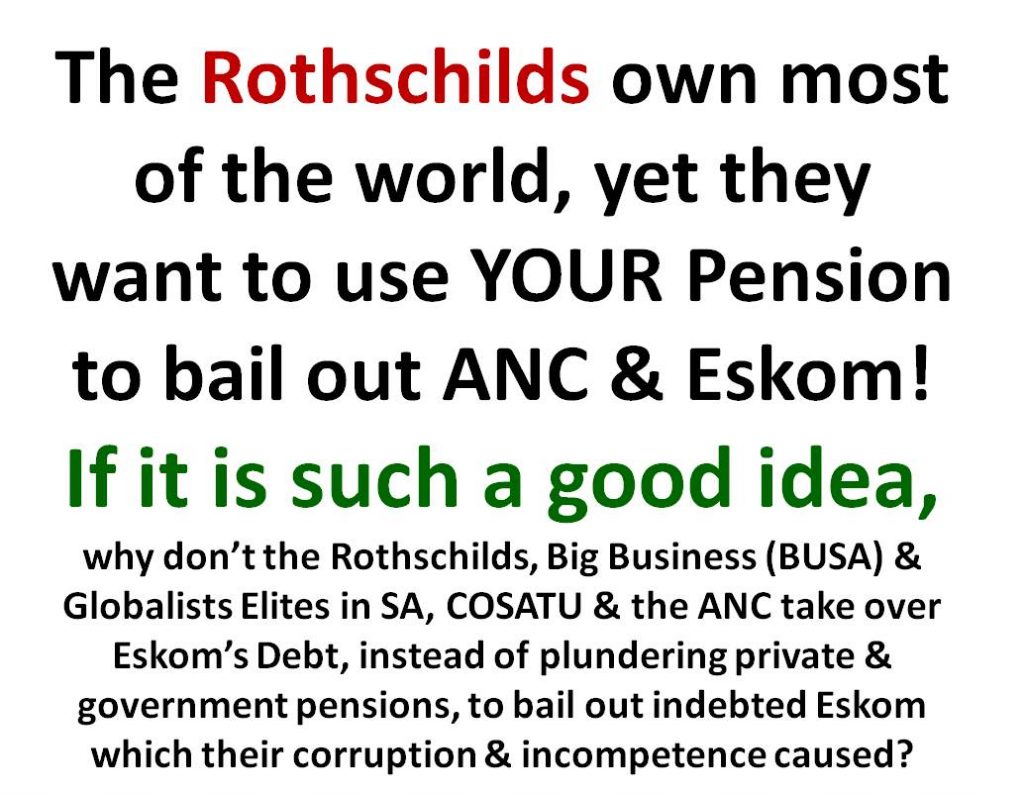