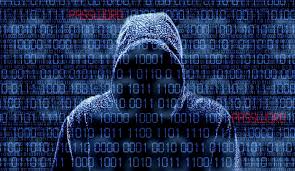 The Boeremag, are accused of infiltrating the State Information Technology Agency (Sita), which manages IT systems for the SA Police Service (SAPS), MPs have been told.

Briefing Parliament’s portfolio committee on public accounts on controversial IT contracts which saw a private service provider switch off critical systems for the SAPS, including the Property Control and Exhibit Management (PCEM) and Firearm Permit System (FPS), Sita chief executive Setumo Mohapi said they made links to the Boeremag when investigating some employees for possible conflicts of interest.

“When we investigated…..we found some of these things on the computing devices,” said Mohapi.

African National Congress MP Vincent Smith said this was a shocking revelation and asked: “Do we have a problem in Sita with a cabal that has taken over Sita? Is this cabal still in place and are they still assisting people like the Boeremag as we speak?”

Mohapi said this was a work in progress.

“We are working on breaking it up through our investigation right now…we are actively working against the cabal itself,” he said.

Mohapi said since the investigation started, five employees have been suspended, five resigned and another three suspended.

He confirmed to MPs that the employees may have been able to influence the awarding of IT contracts to FDA and Unisys.

Inkatha Freedom Party MP Mkuleko Hlengwa said he was certain that the “tentacles of the cabal extended beyond Sita to the very heart of SAPS”.

National Police Commissioner Khehla Sitole said SAPS was conducting its own probe into the Boeremag angle, but he would not divulge details.

“There is somewhere where we have initiated our own investigations which are more deeply crime intelligence orientated, also covert orientated. We are unable to share all the information, especially for the public domain but I would like to confirm that the information of the Boeremag have been brought to our attention.”

After FDA switched off the critical IT systems, Sitole instructed Sita to switch them back on and challenge FDA boss Keith Keating in court. Keating claims SAPS had not paid FDA for maintenance since December last year. The validity of the contract is, however, now under investigations by Sita, SAPS and National Treasury, among others.

Investigations are underway into whether senior Sita and SAPS employees are involved in the possible irregular awarding of contracts to FDA, and whether these same employees are linked to the Boeremag.