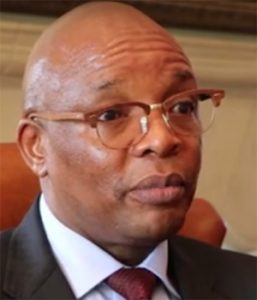 South Africans should be worried about the Black First Land First movement, which is the “ugly stepchild” of the Guptas and state capture, businessman Sipho Pityana said on Thursday.

“Driven purely by money, these voices abuse and disrespect our freedoms and democracy, and will literally do anything to get a few more rupees in their bank accounts,” he told the Daily Maverick’s “The Gathering” at the Cape Town International Convention Centre.

“Together, we must stop the undemocratic forces in their tracks.” He likened the party to mercenaries and “dogs of war”.

He said journalists had helped uncover the “project of state capture headed by President Jacob Zuma and the Guptas” and had provided insights into the sheer scale of its networks.

One story, however, still needed to be told.

“It’s a story of who is funding BLF; currently, one of the most poisonous threats to freedom of expression and democracy,” he told the thousand-strong crowd.

“The recent actions of these thugs, such as attacks on journalists, show how desperate the state capture project had become.”

He asked journalists why they continued to give the BLF oxygen on media platforms.

“It is time to boycott their press briefings and events, and no longer grant them interviews,” he said to applause.

Businesses and banks had become vulnerable due to the intimidation tactics of groups like BLF. Journalists, ultimately, should have the country’s full support, as they were holding the line against state capture.

“We must expose it and root it out, once and for all. Ultimately, this is about getting on the right side of history. It is time to get off the fence and decide which side of history you want to be on.”

Andile Mngxitama and other BLF leaders made an appearance at the event on Thursday, despite a court order interdicting the group from harassing members of the media.