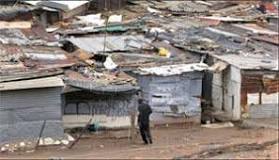 Informal settlements may get one free unit of electricity for every unit purchased in a bid to increase power usage and reduce air pollution in townships.

In its strategy to address air pollution in dense low-income settlements, published in the government gazette on Friday, the department said air pollution is costing the state up to R2 billion annually in health-related costs.

Wood, coal and paraffin burning causes massive pollution in South Africa’s townships. The department hopes households can be encouraged to use electricity instead by making it cheaper.

Poor communities in some areas – including the City of Cape Town, Tshwane and Johannesburg – currently receive subsidised electricity of up to 75% cheaper. In Cape Town, people earning below R4,000 qualify for some free electricity.

The department also wants to encourage the installation of solar alternatives for heating of water for cooking, bathing, and cooking and may provide subsidised liquid petroleum gas (LPG) as an alternative energy source to coal and wood.

The department admitted that low-income government subsidised housing often use more energy than is typically required as they often lack insulation such as ceilings. They are excessively hot in summer, and cold in winter. It wants to ensure that low-income households are properly insulated through ceilings and plastering.

In terms of the Air Quality Act of 2004, the government has identified three priority areas where air pollution poses a significant risk to human life.

The department of environmental affairs said the areas were identified for their difference in air quality compared to other residential areas, especially during winter when wood and coal is burnt for warmth.

The department said it considers residential air population, through wood, coal and paraffin burning, worse than industrial emissions as it occurs in the breathing zone of human beings. Industrial emissions, it said, are typically emitted higher in the atmosphere through chimneys.

-Business Insider
This report does not necessarily reflects the opinion of SA-news.