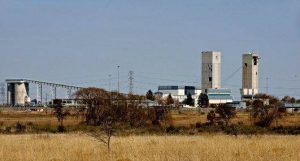 The deaths of four miners at the Tau Lekoa gold mine in the North West province are reportedly blamed on “lily-white emergency workers” who allegedly prevented black workers from saving their buddies. These accusations are being made by the National Union of Miners (Num) After an underground rockfall at Village Main Reef caused miners to be trapped since Friday afternoon.

According to Joseph Montisetse, president of the NUM, “lily-white rescue teams” prevented black volunteers from rescuing those trapped and bringing them to the surface. He says that white people do not care about the lives of black miners, but they do care about the money they generate. Montisetse said their members apparently rescued the only miner found alive and rescue workers were still talking to the trapped Friday at 1pm, but after 5pm they did not hear from them again. He claims that they could have saved the trapped.

Rescuers reached the body of the fourth miner on Friday after Friday’s underground rockfall at Village Main Reef (VMR) Tau Lekoa gold mine and brought to the surface. They all worked as drilling operators.

James Duncan, a spokesman for VMR, announced that a Fifth miner, rescued on Friday, is still being treated in a hospital and is in stable condition. He did not want to reveal the identity of the injured miner.

James Duncan says there is a standard procedure to follow when it comes to rescuing trapped miners. He mentions that over 100 rescue workers have been releasing each other in teams since Friday in an attempt to rescue the trapped, who were 1 350 m underground. He goes on to say that it was extremely difficult rescue operation and sympathize with the families affected by this tragedy. Duncan also did not respond to the NUM’s allegations.

He said the rockfall followed two seismic activity at the mine early Friday afternoon – one measuring 2.3 and another 2.1. The mine has stopped all production and operational activities from Friday at 13:00. Initially, it was believed that the rescue effort would take longer due to the soil and rocks that collapsed underground.

The families of the trapped men were notified immediately on Friday.

Montisetse argues that there was no escape route that trapped miners could use in the area where they worked.

He requested that the Department of Mineral Resources conduct a full investigation into this incident and argued that the safety of miners was supposed to be considered and handled as a priority by mining companies.