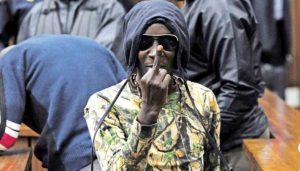 A black murderer found guilty of the murder of five men during farm attacks in Brits in 2014 showed his middle finger to his surviving victims and the court when he was convicted in the Pretoria High Court last week. Yet leftist mainstream media and liberals are dead quiet.

Knowledge Paulus Mandlazi (28) of Ikaneng was sentenced to five terms of life imprisonment for murdering five men on farms in the Brits area and a further 38 years effective imprisonment on four charges of attempted murder, six of robbery, two of housebreaking and the unlawful possession of firearms and ammunition.

His accomplice John Tivane (31) of Mozambique was sentenced to life and a further 25 years effective imprisonment on three charges of murder, three of attempted murder, five of robbery and two of housebreaking.

Judge Billy Mothle said it was terrifying that Mandlazi described the robberies and murders as “going to work”.

The charges followed four armed attacks on farms in the Brits area between March and June 2014 in which four men were killed and several people injured and robbed. 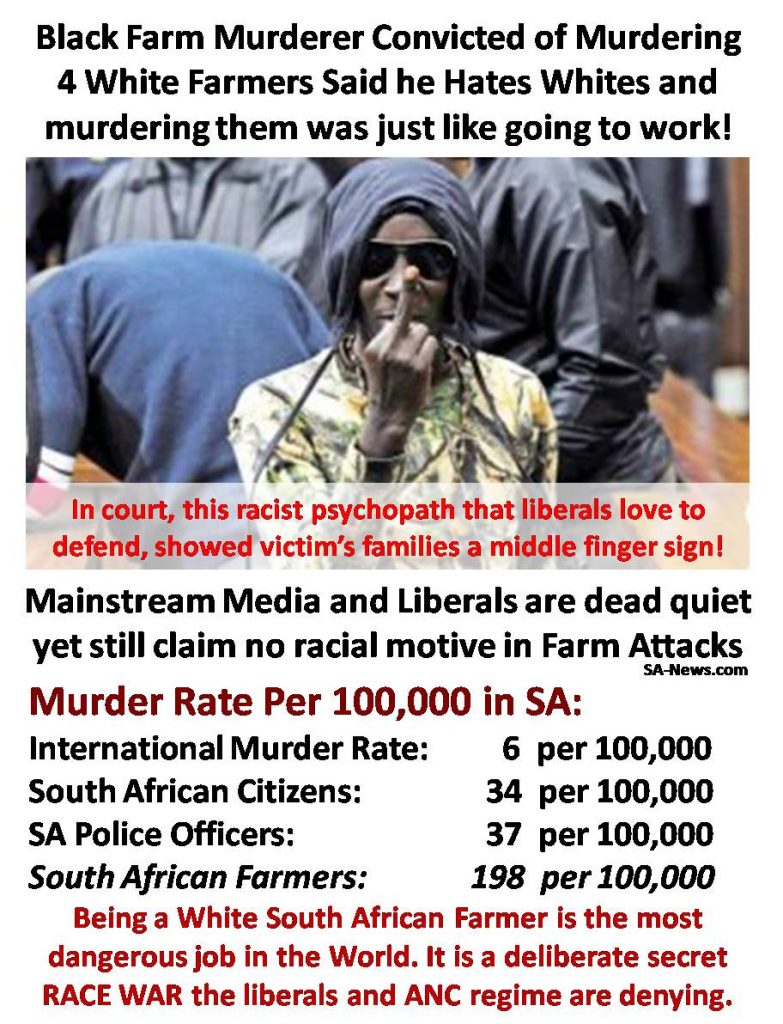 Mandlazi and Tivane were also found guilty of murdering their accomplice, Mathosi Sithole, who was shot dead by a victim during one of the attacks.

Leander Dercksen (22) was murdered in the fields on their farm in Soutpansdrift in March 2014. He was shot in the head and neck and and the robbers fled with his vehicle.

In April 2014, Danie Dercksen ( 45) of Geluk was having a braai with his family when they were attacked. Danie was shot in the chest and died while his brother Bennie was wounded.

Louis van Wyk (55), his wife Hester and his son Louis Jr (27) were attacked at their house in Kareepoort in May 2014. Van Wyk Sr was shot in the head a stomach and died in hospital. His son Louis Jr shot and killed one of the robbers.

In June 2014, Joshua Joubert (70), was shot in the chest and abdomen while visiting family in Mamogalieskraal. A family member, Josias van der Schyff, was also severely assaulted and almost killed during the attack.