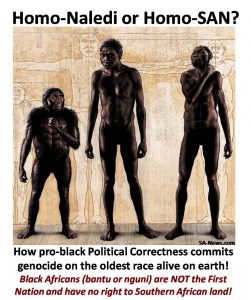 To Those Nguni’s, Rhodes Must Fall Terrorists and EFF members Claiming The Land in SA is Yours…
The Khoi-San are eager to claim their original rights to the land in Southern Africa. Criteria for DNA guidelines for Khoi-San vs non-Khoi-San classification will be determined soon. Where do you anticipate finding yourself in this classification?
In your eagerness to dismiss Homo Naledi, you showed your short-sightedness – the Khoi-San happily will claim their little hominid as their ancestor, not that they needed any more proof.
When your Nguni ancestors migrated south from central and west Africa, did they ask permission to take the land from the Khoi-San? Your genomes clearly take your origins to the land closer to the equator – how do you feel about that? Are you lost? What are you doing so far south?

You clearly assumed the land you colonised in Southern Africa was yours, and have now opened the door for a legitimate claim by the Khoi-San.

This is serious – by your own rules you have opened the door for those with a strong dominance of Khoi-San genomes to claim ownership to the majority of land, if not all of it.
If you are below the Khoi-San genome lower limit criteria that will be established, then you are non-Khoi-San. If you fit this category, and you are claiming Nguni land rights, the Khoi-San thank you !
Your claim of Nguni land rights is a further endorsement and strengthening of the First Nation’s claim to significant overall land rights in Southern Africa.
To the freedom fighters and Azanian’s – how do you feel now?
If you want a land war based off of DNA – let’s get the party started!
by Chris Mapassa
Do the liberal British and American lefties realise yet how they have been conned and tricked into committing genocide in their rush to the moral high ground? 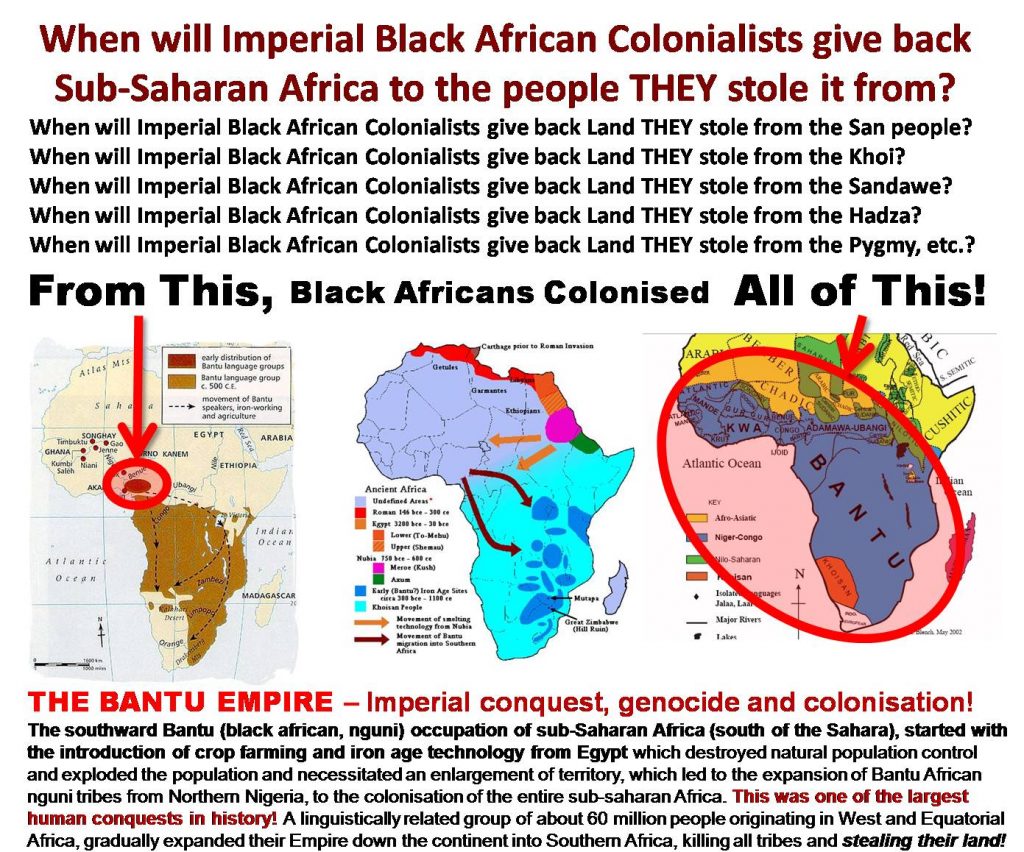 See also: The 4 black lies about land in South Africa. Bantu (black Africans) DO NOT have default right to land.