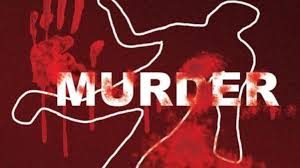 A domestic worker and two accomplices were found guilty of the murder of a Durban pensioner that took place two years ago.

Happiness Mkhize, a 35-year-old domestic worker, was found guilty of the murder of her employer in the Durban High Court on Friday.

Judge Mahendra Chetty ruled that, while she may not have participated in the killing, she acted with one purpose with the killers.

State advocate Khatija Essack presented evidence that Mkhize brought the two men to the home of Shallcross pensioner, Menrani Brijlal, under the pretense of buying a fridge. Once inside the residence, the assailants bound and gagged Brijlal. An investigation of the crime scene found the elderly woman had been struck on the head with a brick and strangled with an apron.

The state alleged the trio then conducted a search of the house, finding R600 in Brijlal’s bedroom, which they agreed to share among themselves.

The accused presented conflicting accounts of the events that led to Brijlal’s death. Prosecutors believed this to be an attempt to distance themselves from the crime and prevent the state from building a case against them.

Judge Chetty determined that all three were responsible for the elderly woman’s death, regardless of who did the deed itself.

Prosecutors believe Mkhize was the mastermind of a plot to rob her employer, but Judge Chetty said that the court could not determine whether the original plan included murder.

“From the evidence, it shows that a plan to rob Brijlal was formulated before, but it’s difficult to conclude that murder was also part of the plan and pre-meditated,” said Judge Chetty.

Domestic Worker claims police brutality
Mkhize’s recanted a statement she gave when she was first questioned by police, saying that officers beat her to obtain a false confession. Judge Chetty ruled the statement be admitted as evidence in court.

The judge was particularly alarmed by the lack of remorse shown after the brutal slaying and Mkhize’s lack of compassion for a woman she claimed, in testimony, treated her like family.

“As a woman herself, she watched as a woman was assaulted and killed. She then searched the house. They found R600 cash and committed to take R150 each. It is obvious that all three of them wanted to kill Brijlal,” the judge concluded.

All three accused were sentenced to 15 years imprisonment for robbery with aggravating circumstances. Mkhize was handed down an 18-year sentence for her role in the murder while the two men were given life sentences

-thesouthafrican.com
This report does not necessarily reflects the opinion of SA-news