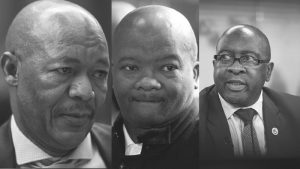 United Democratic Movement (UDM) leader Bantu Holomisa has accused finance minister Nhlanhla Nene of favouritism after the national treasury announced on Wednesday that it would launch a probe into goings on at the Public Investment Corporation (PIC).

News24 reported that Nene had met with the PIC’s board of directors to inform them of the decision to institute an independent inquiry into the affairs of the PIC and to begin a forensic investigation into allegations against certain PIC executives.

In a statement however, Holomisa has come out in opposition of the measures Nene has taken. Holomisa argues the minister has given the responsibility of instituting the inquiry “by the very same people who may be tainted”.

“Who will draft the terms of reference for the inquiry?” Holomisa asks, adding that Nene “cannot rely on the very same board and the chief executive office, Dr Dan Matjila, to be player and referee.”

“This smacks of favouritism and protection of a person that might be on the wrong side of the law once the commission gets to work.”

Holomisa has been critical of the state-owned fund manager and its boss, Dan Matjila — calling for the PIC head to be suspended. But on July 16, Holomisa was gagged by the Pretoria high court after he alleged that a major BEE investment firm, Lebashe Investment Group, and prominent business figures may be involved in corruption at the PIC.

Over the last few months, Holomisa has written open letters to President Cyril Ramaphosa, urging him to widen the terms of reference in the state capture probe to include investigations into the PIC.

The PIC is a state-owned enterprise that is responsible for nearly R2-trillion in assets, with more than 98% belonging to government or its employees. The assets include the Government Employees Pension Fund (GEPF), the Unemployment Insurance Fund (UIF) and the Compensation Fund.