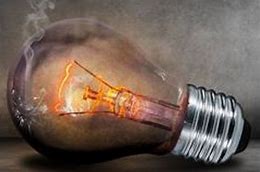 The power utility’s debt is reaching levels beyond R450 billion and Mabuza was in Parliament on Tuesday asking government for more money.

Eskom’s debt is reaching levels beyond R450 billion and Mabuza was in Parliament on Tuesday asking government for more money.

He said the power utility has not done enough to generate more revenue.

The acting CEO also admitted that Eskom was borrowing money to pay off its debt.

“Our revenue over the past 10 years, increasingly so over the last five years, has actually been flat to about 1% per year. On the other side, we’ve had a ballooning debt that we have not been able to collect which has totalled to R38 billion.”

Mabuza said the only function Eskom could control was its own expenses.

Finance Minister Tito Mboweni tabled a bill before the National Assembly in July to allocate R59 billion to Eskom over the next two years.

However, the power utility Eskom unable to pay the interest on its debt as it does not receive enough income from services. This causes money to be borrowed to pay interest on the enormous debt burden.

Any business that functions in this way becomes insolvent. Debt at Evkom currently amounts to R450bn and is rising monthly.

Moody’s stated that Evkom’s problems will not be solved in the short term.

No strategy has yet been announced on how the entity will overcome its problems.