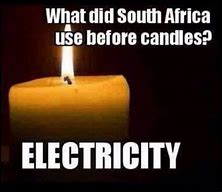 It is not only the ANC’s president who lied to foreign countries and in parliament about SA’s condition but also sustained on another lie.

Eskom said he would ensure that no load shedding will be applied before January 13, and then the ANC’s Cyril Ramaphosa believed the lie and went on to sell the lying story to the whole of South Africa.

On January 5, #RollingBlackOuts shook the country with Phase 2 that lasted until 5am this morning.

This is because the poor workmanship at Medupi power station had to be blamed again for a conveyor belt breaking.

The fact that Koeberg had already supplied only 50% of its capacity throughout December was only announced on January 4.

Experts have told Die Vryburger it is becoming clearer that Eskom is holding the ANC government hostage because they want to pay performance bonuses of R1.5bn amid their bankruptcy.

Power consumers say that the only performance Eskom is rendering is to anger  its consumers.