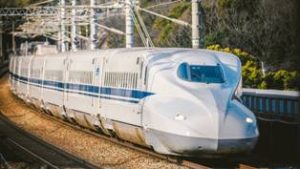 The economic gloom in which South Africa finds itself requires new thinking and new initiatives that could lead to a new era of prosperity, but then the ANC president and his government must work together.

Economic experts suggest that the neglected roads of the country be rebuilt and then covered with waste that only pollutes the world, to extend the life of the road surface by at least 25 years.

The government should set up a new rail network between the Central Transvaal and Durban, and expand it with a new highway to Cape Town, with which high-speed trains make transport work and thereby end the destruction of roads by large trucks.

With all the work that goes into it, not only will the country boost its economy but also create many new jobs, which must, however, be filled by competent, well-educated people.

The third project should be a completely new approach to setting up and managing hospitals on a First World standard by teams of qualified entrepreneurs who are well-managed.

Fourth, abandon the ridiculous ideology of black economic advantage and appoint the most capable person for the particular posts, and then, South Africa climbs out of its bankruptcy again.

The high-speed trains, electrically powered, will also lift Eskom out of its mess if a team of experts is also appointed.

Of course, billions of Rand will be needed for this, but because it brings prosperity, bankers and the IMF t would like to approve the loans – with one condition, experts outside the benefit framework become the leaders to ensure success.

The Vryburger’s economic advisers reckon it could create more jobs than the country has, but that also reduces violence, robbery and murder because villains will now earn their living with labor, it is reckoned.