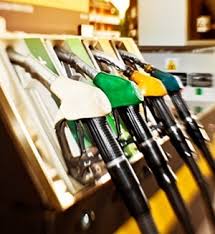 South Africa’s annual inflation slowed for the first time in three months, with the rate falling below the midpoint of the central bank’s target range after moderation in food-price growth tempered an increase in the cost of petrol.

Annual consumer-price growth decelerated to 4.4% from a year earlier compared with 4.5% in March, Statistics South Africa said on Wednesday.

On a month-on-month basis, inflation increased by 0.6%. Economists and research analysts at Momentum’s Macro Research Desk attributed this to petrol prices, which increased R1.31 per litre for 95 octane.

This steep increase, it pointed out, included an adjustment to the basic fuel price, fuel levies of 15 cents per litre, Road Accident Fund levies of five cents per litre, and an 11% increase in pipeline transport costs as announced by the National Energy Regulator of SA (Nersa).

It noted that the international price of oil has climbed from $52/bbl at the end of 2018 to $72/bbl in May 2019 on the back of ongoing economic malaise in Venezuela and fears about oil supply from the Middle East.

“Nevertheless, the United Arab Emirates and Saudi Arabia have stated they are prepared to cover any shortfall from Iran and together with lower demand expectations, a major spike in the price of oil should be prevented.”

“We expect rising food prices and a modest increase in the contribution from transport costs should push inflation toward 5% in the next few quarters. We see inflation accelerating more rapidly in the second half of 2019 and the first quarter of 2020 than the Reserve Bank is currently,” Bloomberg economist, Mark Bohlund said.

Momentum said that in its Monetary Policy Review for April 2019, the South African Reserve Bank (SARB) reiterated its preference for inflation expectations to be closer to the midpoint of the 3% to 6% target range in order to contribute to broader macroeconomic stability,

“The Sarb suggests that at 4.5%, inflation should help with the cost of living and that the country’s overall competitiveness will be improved in the long run with local inflation tracking more closely in line with that of our trading partners, Inflation expectations are affected by recent inflation prints, but also the credibility of the Sarb’s commitment to its inflation target.

“The Sarb acknowledged its recent communications conveying this message have had a positive effect on inflation expectations, which have moderated,” Momentum said.

Moreover, actual headline inflation has averaged 4.7% in the past two years, which is meaningfully below the upper end of the targeted range, it said.

Interest rates
Despite estimates showing that South Africa’s economy may have contracted in the first quarter, the Reserve Bank is unlikely to increase interest rates. All 22 economists in a Bloomberg survey predict no change.

Momentum Investments said its view that it is too early to consider an interest rate cut is premised on the Sarb’s admission that it is premature to conclude that inflation has permanently adjusted lower.

“Rental and services inflation has also moderated, partly in response to slow growth in domestic demand and has supported lower prints in overall inflation.”

Momentum Investments said that despite a weak growth environment and downtrodden business and consumer sentiment, it expects interest rates to remain steady.

Petrol price
The bad news for motorists is that June will see the introduction of a new tax. The carbon tax will come into effect on 5 June 2019 (the day the new prices kick in) and will add 9 cents per litre on petrol and 10 cents per litre on diesel.

This means that even with an over-recovery in the petrol price right now, the pump prices will likely see an increase.

The table below outlines the expected changes based on the current CEF data: