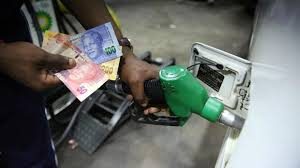 Based on the current data, the price of petrol could increase by up to ten cents a litre in September, the Automobile Association said on Thursday.

The AA further foresees that the price of illuminating paraffin could increase by 12 cents and diesel as much as 16 cents.

The AA commented on unaudited mid-month fuel price data released by the Central Energy Fund. The AA says sudden rand weakness after a lengthy period of stability has put pressure on the fuel price and left South African fuel users at the mercy of international oil markets.

“International oil prices have dropped markedly since the beginning of the month, with crude oil having consistently traded below $60 per barrel. In recent days though, there have been signs of an uptick, which could see fuel prices come under renewed pressure,” the AA said.

However, the AA said the rand plummeted over the same period after trading within a consistently narrow band since June. This has turned a likely fuel price reduction into an across-the-board increase.

“We are concerned that there may be worse to come,” the AA adds.

“The South African economy is in a parlous state, with ongoing policy uncertainty and a growing debt burden. The country is ill-placed to weather its domestic challenges, let alone developments on the international front, and this leaves fuel users increasingly exposed to movements in the rand.”