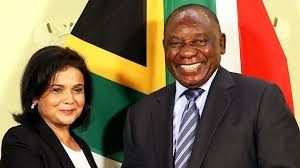 TLU SA president Louis Meintjes said the memorandum concerned “the vengeful and inflammatory words of Andile Mngxitama…uttered in December during a public rally in Potchefstroom”.

According to Meintjies, the memorandum was received at the NPA head office in Silverton, Pretoria.

“This kind of hate speech spewing from his mouth continuously is extremely inflammatory and often the spark to lead to violent attacks and even murder on farms,” said Meintjies.

On December 11, the union laid a charge of hate speech against Mngxitama. This followed comments made the previous day at a public rally where he threatened to kill five white people for every black person killed.

Meintjies said that since laying the charge, the union had received no feedback.

“After various phone calls and emails, we hand-delivered a letter to the office of the NPA. It was signed for by advocate E Matzke on behalf of the Deputy Director of Public Prosecutions and she undertook to give feedback within two days. We’ve not heard anything.”

He said the prosecuting body had resolved to “urgently follow up with the right people” and also acknowledged a petition signed by 30 886 people who supported the union’s action.

“We trust that there will be a decision about the prosecution of Mngxitama soon,” said Meintjies. He again called on the country’s prosecutions’ head, advocate Shamila Batohi, to prosecute Mngxitama.