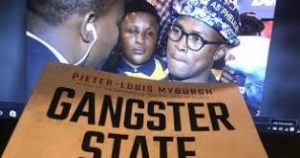 After several years, the apparent corruption incident with asbestos plates on houses in the Free State is finally being investigated.

The Special Investigation Unit was commissioned by ANC president Cyril Ramaphosa to investigate the matter of R250 million.

The asbestos also secreted a fine substance that can cause asbestos poisoning, but whether it is part of the investigation is unknown.

In the Free State, 33,000 residential units have been identified with roof-top asbestos plates, and the scoring company, Blackhead-Diamond Hill, is linked to the case.

The investigation was ordered after the book, Gangster State by Pieter Louis Myburgh opened the matter.

Allegations that officials and contractors have dealt illegally with the contract to inspect the asbestos home roofs will now be investigated, but observers say the matter will ultimately lead to no one’s prosecution.

-Read the original article in Afrikaans on Vryburger / 2019-7-15
This report does not necessarily reflects the opinion of SA-news.