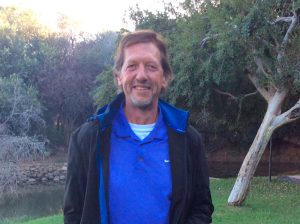 A well-known doctor from Schoemansville was assaulted and injured when armed robbers invaded the family home on Friday night.

Dr Dawie Koekemoer, his wife and two sons were held at gunpoint while five men ransacked the house and hit and kicked Koekemoer.

“The family was getting ready for bed around 23:00 when one of the sons heard his brother shouting. Four robbers were already in the house after they had forced open a sliding door,” said Romano van der Spuy, spokesperson for the Hartbeespoort community policing forum.

“Two of the robbers had handguns and one a big knife. They forced the whole family upstairs and hit and kicked the doctor on the head and body and forced him to open the safe. They took a 9mm pistol and .38 revolver, jewellery and a large sum of cash from the safe and proceeded to ransack the house. They loaded everything into the family’s white Range Rover and fled.”

The vehicle was found in Hertzog Street in Schoemansville a short while later after a resident became suspicious. “The robbers had parked the car with its lights on and fled,” Van der Spuy said.

“The police are following good leads and are doing everything in their power to find the perpetrators.”

This is the fourth armed house robbery in Schoemansville the past two weeks.
* A father, mother and daughter were attacked by robbers in their house Saturday, 24 June. They fought the robbers off and they fled.

* A couple and their two young children were overpowered by four armed men in the early hours on Saturday, 1 July, in Schoemansville. The dogs were poisoned and the father was hit over the head and back with an axe whilst robbers ransacked the house and fled in the family’s vehicle which was found abandoned in Melodie later.

* On Friday, 30 June, five armed men held a domestic worker at gunpoint, assaulted her and fled with various stolen goods.

“We are strongly urging residents to be extremely careful and vigilant. During patrols the past weekend we were surprised to see how many properties’ gates and garage doors were open. Please safeguard yourselves and report any suspicious people, vehicles and behavior to the police immediately,” Van der Spuy said.

‘The neighbourhood watches and police have increased patrols and are doing everything in their power to find and arrest the criminals.”