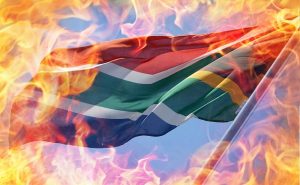 Last night at about 22:15 the Drift Reaction Control Centre received a voice note on the clients only WhatsApp group from a client requesting urgent assistance at his neighbour’s property in Sunrella AH as there was an armed robbery in progress.

The client kept on posting voice notes to keep us updated as our teams raced to the scene. The Iron Fist Squad stood off within six minutes soon followed by SAPS Diepsloot.

On arrival our team found that the tenant, his 9-year old daughter and two sons were attacked by four armed suspects.
The suspects smashed the living room window to get into the house, the tenant woke up when the window broke and was confronted by the aggressive and brazen suspects already inside the house.

The suspects fired three shots (two shots at the tenant and one shot at his son who tried to fend them off with a chair to keep them away from the family). His two sons managed to get out of the house through a window and ran to the neighbours to call for help.

The little girl and her dad were tied up. While ransacking the house he managed to untie her and he pushed her through a window to safety. She also ran to the neighbour – the client who kept Drift Reaction in the loop.

They fled with expensive equipment towards the river.

Other residents saw the four as they fled and also recorded their movements on the group.

Our teams as well as the SAPS searched for the four attackers along the river and on adjacent plots but the four managed to disappear.

Luckily nobody was physically injured although severely traumatised by their ordeal.

They gained access onto the property by cutting the razor wire fence.

We would like to extend a big thank you and a well done to the Drift Reaction client who reported the incident and kept us in the loop as to what was happening at the scene. This ensured that our teams knew what to expect, how many suspects were on scene, when shots were fired the direction the suspects fled in, etc.

Other residents also assisted by posting voice notes as the four used their properties to escape.

This is the kind of assistance we need to react swiftly, save lives and arrest the gun wielding criminals.

We spoke to the client this morning and he once again thanked us for our awesome reaction time and said that our teams were still searching along the river long after the police left the scene.